I have worked with Will for more than eighteen months in intensive 1:1 tutoring, both in person and online. Will has helped me tremendously with my general academic and learning skills, as well as with my grasp of subject matter. Will is patient and thoughtful; I have benefitted greatly from his role in my learning.”

I have been tutoring since 2014, my subject specialisms are English, Politics, Psychology and maths.

My approach to tutoring is informed by years of experience working within the National Health Service and in private tutoring and mentoring, where I have worked extensively with children and young people to overcome their obstacles to learning.

My personal style and methodology is founded upon an understanding that the difficult and creative work of learning – as opposed to the limiting and uncreative act of ‘cramming’ – is emotional in nature, and for a student to be able to approach their subject with a boundless capacity to learn, they must first understand and work through their limitations in relation to the subject.

The approach that I employ in tutoring is focused upon the development of capacity in my students, the benefits of which have been shown to extend far beyond pressing exams and deadlines, into the foundation of the rest of their lives.

I have considerable experience of working directly with children and young people whose needs have been intensive and have varied extensively. This has provided me with a rich library of resources with which to help students at every learning level.

Over the years of training and working with young people, I have understood myself to be patient and resilient, where my role has sometimes obliged me to commit to working with a student for several years. I think that much of the success and progress of my students is informed by the forming of a genuine relationship of trust, where my students have felt able to explore the more challenging aspects of their learning with my support.

I continue to be interested in the different needs of my students, and take great pleasure in the learning relationship. My understanding is that the drive to learn is joyous as well as difficult in nature, and I think that the facilitation of the joy of learning is a particular strength of my tutoring.

I have over 100 hours of tutoring experience, from Key Stage 2 up to A- Level. Please find a snapshot of my experience below.

I first met Frank and his parents when he was in a difficult state of worry about the academic requirements of his approaching GCSE years. Both Frank and his parents had an understanding that he was entirely without formal academic ability or interest – particularly in the area of essay-writing – where Frank’s abilities were instead understood to be mostly in creative subjects and forms of expression. Much of our work in support of Frank’s favourite subject, drama, involved helping him to develop as much of an interest in academic, written expression as he had historically enjoyed in the performative aspect of the subject. This was achieved slowly, and Frank eventually began to overturn his hitherto entrenched privileging of one form of learning task over another. The great outcome of Frank’s achievement in this work has been a complete transformation in his abilities and interest in other subjects at school. Frank progressed from an understanding of himself as utterly ‘un-academic’ to regularly completing essays of a high quality which has influenced his life far beyond the academic subject in question.

I began working with Jake as a twelve-year-old, towards the end of his second year of secondary school. Jake is an academically able young person, who has a particular aptitude and enthusiasm for maths and science. Jake is also a child who found the transition to secondary school to be particularly challenging, and, after having been initially placed in the higher set of students for maths, Jake began to struggle to keep up with his peers, and to lose confidence and interest in the subject. Jake was moved to the lower set of students for maths and his engagement seemed to worsen, with the child telling his parents that he ‘didn’t care’ about the subject and ‘wasn’t good at it’. In close partnership with Jake’s family, I began to work with the child on the core content of the KS3 maths curriculum, including ‘paper-based’ work and practise in conjunction with online software. It became quickly apparent that Jake’s struggles with the content of the maths curriculum were bound up with the different demands that had been placed upon his learning in a secondary setting, where he could no longer recognise himself to be one of the few ‘high-flyers’. The central focus – and achievement – of our tutoring work was in facilitating the capacity of the child to tolerate the difficulty of struggling with mathematical computation, including in a pressured school environment among peers of equivalent, and at times superior, ability. As Jake’s confidence in his own ability gradually returned, he began what his mother described as a course of ‘barnstorming progress’ in his attainment at school. In year nine, Jake was moved up to the highest maths set, where he is expected to achieve highly in his end of year exams and in his subsequent maths GCSE.

​I began tutoring work in English with Mason as a thirteen-year-old, after his school had communicated to Mason’s family the child’s struggles with this subject. It was reported that despite being an intelligent and popular child within the class, Mason had found it difficult to engage in the collaborative work of the lesson, and particularly struggled to develop a considered argument in analysis of a set text. Mason would often refuse to read in class, or to offer further detail of what he meant after he had submitted his view. The level of Mason’s vocabulary, spelling, punctuation and grammar also appeared limited, with the child being reported as seemingly unwilling to expand upon the most basic constructions of language. In our work together, Mason began work on the basics of KS3 reading and writing skills – of which the child demonstrated an already good understanding. We then began a long-term piece of work on the child’s ‘critical reading’ through the reading and analysis of Mark Twain’s Huckleberry Finn. It was here that we began to consolidate Mason’s bedrock of understanding in English, and where we began to understand the child’s central difficulty at school: that of being able to entertain multivalent ideas about a fictional or non-fictional piece of writing. It seemed that Mason had become increasingly anxious about ‘getting things wrong’ in class when he found that he held divergent, and at times contradictory, thoughts about what was being asked of him. Through our analysis of Huck Finn, Mason began to develop an understanding of how to develop a considered argument that incorporates many different positions (a central assessment criteria in the transition between KS3 and GCSE). Following the gradual development of his confidence, and after being released of the apparent assumed obligation of offering a single – ‘correct’ – answer about a character, idea, or theme, Mason’s attainment at school has blossomed, and he is expected to achieve highly in his upcoming GCSE years.

Stephen is a young person with complex learning needs, who had been out of school for a number of years when I began to work with him. While Stephen had continued to learn patchily at home with his parents and occasional tutors, he had also developed particularly obstructive defences to certain aspects of his learning, where Stephen would declare his willingness to only learn certain things, under certain conditions. When circumstances required that Stephen could perform ‘outside of his comfort zone’, he would close down the attempted learning, without really understanding his reasons for doing so. Although it was immediately clear that Stephen was very bright, it also became apparent to me that he was also struggling with very low confidence, which his intelligence and charm seemed to mask over. Over a long period of work together, Stephen was eventually able to explore the more uncomfortable aspects of his learning in our sessions, bravely revealing a vulnerable and unexplored side of himself, with a developed capacity to openly get things wrong. He continues to make fantastic progress and is on course to recover all of the missing gaps in his learning. Stephen progressed from being several years below his expected learning level to preparing for SATS papers at a higher academic level.

Sally was first introduced to me as a young person who ‘hated school’, who was ‘difficult to teach’ and who was on the cusp of ‘sabotaging her future in education’. In our tuition work, I soon discovered Sally to be a bright person who secretly loved learning and was good at it, but who had grown to feel deeply misunderstood and persecuted by her experience of being at school and sixth form and by the antagonistic relationships that she had formed there. Through gradual work with Sally, we were able to work together towards a more comprehensive understanding of her difficulties at school, particularly in relation to the question of ‘humiliation’ in a learning relationship. Sally is now expected to go on to her chosen university, and hopes to pursue her ambition of becoming an author.

Phoebe is a consultant neurologist and psychotherapist from China. We began weekly tuition work in support of her exploration of a subject area – psychoanalytic psychotherapy. It was not only unfamiliar to her extensive experience and training, but also draws upon a number of preconceptions that are specific to a Western tradition of thinking that is distinguished from certain cultural and epistemological assumptions that she herself held. I have supported Phoebe to complete the dissertation for a Masters degree in this field, and have supported her leading of a reading group on a key text within this discipline with colleagues in China. Phoebe progressed from being a novice in a particular area of highly specialised thinking to having the capacity to educate a seminar group of colleagues in this same subject area.

John is a very bright young man, who one day, when he was in his late teens, suffered a terrible brain injury after a tile fell from a roof and struck him on the head. As a consequence of complications arising from this injury, John can struggle to store information in his episodic memory, and also suffers painfully from exposure to a mass of new information. John and I worked together intensively over a short period in support of his completion of an undergraduate dissertation, where the focus of our work was the development of a bespoke approach that would allow for John to digest the required information and to successfully form his argument. This was achieved and John completed and had passed his undergraduate dissertation.

Outside of my work, the great interest of my life is literature, and much of my time is taken up with exploring, and occasionally writing and performing, different aspects of its major forms.

I have worked with Will for more than eighteen months in intensive 1:1 tutoring, both in person and online. Will has helped me tremendously with my general academic and learning skills, as well as with my grasp of subject matter. Will is patient and thoughtful; I have benefitted greatly from his role in my learning.” Present tutee

“I am delighted with the support that my daughter has received in work with Will over three academic terms. His friendly approach and interest in child development has helped my daughter with her learning beyond the area of study within the tuition. I would recommend him for work with young people of any age.” Mother of previous tutee 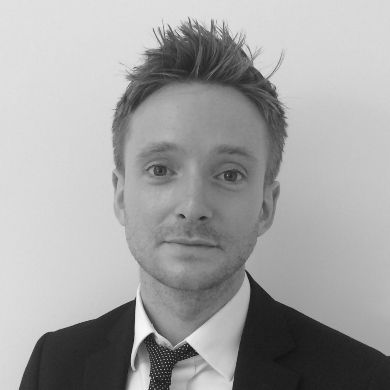