"I cannot thank Verity enough for what she did for my son. He went from being terrified about his 7+ to getting offers from every school! I would thoroughly recommend Verity to any family"

A-Levels: English literature A; classical civilisation A; theatre studies A

I specialise in teaching English to students from 11+ all the way up to A-Level.  As well as tutoring for English Literature and Language GCSEs, I have taught extensively for the 7+, 8+, 11+ and 13+ examinations.

I believe all children can fully enjoy each and every stage of their academic careers, including the various dreaded assessments which they will inevitably encounter, and thereby achieve the highest of marks with pleasure. I am devoted to this objective, and to date have succeeded in enabling each of my students to receive offers from their first or second choice schools.

I specialise in teaching key stages 1 and 2, and I particularly enjoy working with children of this age group. At university I worked part time in a school, assisting after school homework sessions, and before that volunteered at a nursery and entertained at children’s parties, and so feel a strong kinship with young people. After seven years of tutoring, including home-schooling, I have worked with all manner of young student, overcoming a wide range of challenges. I feel my strength lies in communicating with young people not as an authority figure, as might a parent or school teacher, but as a friend with whom they feel they can be entirely open. In this way I feel I can bring out the very best in them and make their experience of reaching their full potential as enjoyable as possible.

Having taught extensively for entrance examinations, I am familiar with the exam criteria of most of the top schools in London. Across the range of examinations my students have taken, from 4+ to 13+, each has been offered a place at his or her first or second choice school. I pride myself on achieving this through carefully thought-out preparation specially tailored to the revision needs of each child. I also tutor interview technique up to university-level, so that the student can present themselves at their very best at this important stage of their assessment.

I am committed to instilling in young people the enthusiasm for learning which I have. I’ve seen numerous children succeed and have delighted in their ability to conquer tasks that once generated panic and self-doubt. I am proud to be a part of their progress and look forward to doing so for years to come.

Having adored English since I myself studied it at school, I have taught English literature and language since graduating from university – so ten years now!Please find below a snapshot of my tuition experience.

School exams I have prepared students for include Godolphin and Latymer, Francis Holland Regent’s Park, Francis Holland Sloane Square, Queens College (prep and secondary schools), Putney High School, the Lady Eleanor Holles, Alleyn’s, Haberdasher’s Aske’s School for Girls, Colet Court, Westminster, Harrow, King’s College, Uppingham, Akiva, JFS, Malvern and Rugby. All of my previous students, of which I have in excess of thirty, have been offered places at their first or second choice schools.

Interview preparation: I have also tutored extensively for school interviews, including for the 7+, 11+, and 13+. I believe these can actually be thoroughly enjoyable and with some gentle preparation a fantastic opportunity to proudly be yourself! 100% of my students who have attended interviews have been offered places at either their first or second choice school, including a number with scholarships. They have been applying to and been offered places to top schools such as Emmanuel, Godolphin, Sevenoaks, Frances Holland, Westminster and Alleyn’s.

This year a student with whom I had begun tuition for her 11+ exams achieved a level 9 in her English literature GCSE. It was enormously rewarding to see her passion growing for text analysis, having initially been unconvinced by her set texts. She grew to find great pleasure in discussing the material, both those she felt an affinity for and the others, and learnt to celebrate their stark differences and enjoy comparing them. Her reaching the highest possible grade in her exam was an utter joy to learn of!

I recently worked for several months with Ibrahim for the 11+ pre-tests, the exam and interview components. By the end of our lessons her showed a marked improvement and indeed the assessment day seemed to go well and we are eagerly awaiting his results.

I also worked online with Theo, a Russian student, who was preparing for his assessment day at Eton. Theo and I worked hard together, and he was successful in securing a conditional offer from the school.

I prepared a student for his English 13+ assessment for Merchant Taylor’s, Haberdashers’ Aske’s. After working hard for 18 months he was successful in being offered a place at both schools.

I also worked with a boy in his 13+ assessments for both Harrow and Sevenoaks. Whilst a competent mathematician he very much struggled articulating himself in English composition and Comprehension. After three months of intensive tuition, he improved impressively and was offered a place at Sevenoaks.

Two years before her 11+ exams, I began maths, English, verbal-reasoning and non-verbal reasoning lessons with Ellie. Ellie suffered from a severe lack of confidence, and was in the tricky position of having an incredibly competent and confident twin. Her mother was keen for the girls to go to school together and the school they all loved most was Francis Holland, a definite stretch for Ellie. Over the next two years I worked diligently to overcome the challenges of an ambitious curriculum paired with low self-esteem; the lessons became as much about instilling in Ellie self-belief, and celebrating the things that made her her, as it was equipping her with the necessary techniques and skills to succeed in the exam. The day her mother telephoned me to say she had received an unconditional offer from Frances Holland is one I will always cherish. So successful was our relationship I continued teaching Ellie for two more years as she settled into her new school.

Last year I travelled to Italy with a Russian family with whom I had had a successful trial in London. For three weeks I taught the 6 year old twins and 12 year old son. It was key in this role to make the tutoring as seamless and enjoyable as possible, as the children were on a rare holiday away and understandably reluctant to be coaxed into more schooling. It was enormously gratifying to see the children enjoy our lessons so much, which I had designed carefully to feel as much as possible like another recreational activity, and how much they improved without feeling the burden of ‘studying’ while on holiday. When they returned to shook their Autumn reports said they had all shown a marked improvement since the previous school year

Manuel was a competent mathematician but found creative writing a considerable chore. Together we worked over the course of three months to improve his writing. We set about experimenting with the different ways in which we can bring to life a scene: using all the five senses in our descriptions, using for our characters verbs we might think of for animals, depending on their mood or personality; creating imaginative similes and exploring non-predictable hyperbole. Each week we collected favourite adjectives and adverbs and then practised implementing these. It was fantastic how quickly Manuel began to love both reading and writing, becoming a voracious reader and enthusiastic short-novelist! He received offers from both his first choice schools: St Paul’s School and King’s College School.

I am very concerned with the plight of child refugees and last year travelled to Samos in Greece to volunteer with the displaced children travelling from Syria, Libya, Somalia and Afghanistan. I have since campaigned for the rights of refugees and spoken this year at both the NCF Migration Conference in Westminster and on the Arab News Network. 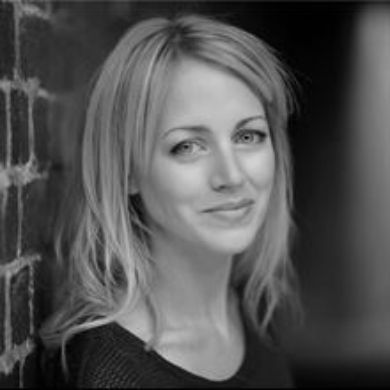