‘I would like to thank you for the immense effort and commitment you have put in to help my son ... In a short period of time my son has developed renewed motivation for English and a large part of this has been your approach in helping him understand key building blocks and language techniques.’

New School of Psychotherapy and Counselling, validated by Middlesex U.

While my A-Level specialisms include History, Psychology and Government & Politics, I am trained to teach English and maths to younger students. I have supported a wide range of subjects with great success, from RE to biology, having been working as a full-time private tutor, mentor and educational therapist since 2016. I have pursued this profession with great enthusiasm, there being so much enjoyment to be had helping young people to fulfil their potential and dreams, especially from the trusted and important vantage point of the private tutor.

I pride myself in the quality of working relationship, quickly developed with students of all ages. Whether reaching for examination confidence, mastery of subject content or skills, or progress with emotional, behavioural or cognitive needs, all tutees should expect teaching that is entirely personalised and constantly adaptive to their evolving learning. This requires me to be a generalist, but I have, and continue to develop, particular professional interests in three areas. Firstly, guiding pupils toward understanding and pride in all supported subject disciplines, while troubleshooting all associated challenges, from frustrations with phonics to maths anxiety, from the art of the essay to that of examination- timing and from Alternative Vote in politics to ‘alternative conceptualisations’ in chemistry. Secondly, mentoring or lifeskill-teaching: identifying and fostering scholastic and general skills beyond those specific to particular academic subjects, yet required for flourishing within educationally related outcomes generally. Finally, atypical educational needs. Teaching in this area is important to me, and I am now extending my training with additional part-time postgraduate studies. Inwardly, special-needs are never what I see; what I see are special opportunities: exciting opportunities.

The two girls, five-year-old ‘Hermia’ and four-year-old ‘Helena’ are pupils at Bute House Prep. There was concern that Hermia seemed to be progressing slowly with decoding (synthesis of grapheme-phoneme correspondences into recognised words) and scribing (forming individual letters with pen or pencil).  Though less worrisome to the parents, they had noticed that younger sister Helena generally wouldn’t sit still, study or interact quietly, and was not taking to Early Years introduction to mathematical concepts. Both girls were generally exuberant and genuinely happy. The mother, who was mildly dyslexic, wondered (understandably, though, as it turned out, unnecessarily) whether the elder girl might be subject to the same, and whether the younger might be presenting signs of ADHD.

Within three days of finishing our preparation ‘Tamara’ had received offers of scholarships from all three schools (Alleyn’s, City of London Girls and James Allen’s Girls’ School) this was even followed up by actual phone calls from two of the headmistresses, hoping to the be first to assure ‘Tamaras’ mother that their school was the right place for her daughter!

‘Laertes’, an eleven-year-old pupil of Durston House, had a year to go before sitting his 13+ admission assessments for Leighton Park and Oundle School. A confident, mature and thoughtful young man, having achieved excellence in sport, arts and all academic subjects save one—mathematics—Laertes suffered from classic maths anxiety, and it was affecting near every aspect of his attainment in that subject. To start with Laertes was pleased and relaxed to meet me, but the moment we opened his books and looked at his maths, he became embarrassed and nervous. Naturally I made certain I showed no evident observation of this and kept all relaxed. As Laertes began to work through his arithmetic, his cheeks would flush red as he feared he would make mistakes, and felt strongly that he did not want to be someone who could not avoid making mistakes in maths; mistakes that seemed to him to be ever inexplicable. However, he had of course put himself into a downward spiral, as working memory and general executive function perform badly in a state of anxiety, let alone panic and fear. As soon as a maths problem became multi-step or multi-concept, he would turn nervous and feel needlessly but pointedly ashamed, making it impossible to hold the various maths ideas in mind, which caused him then to attempt a sort of intuitive stab at an answer, getting the anguish over in as short an instant as possible. It was so truly painful for him, not only, as he felt, to be seen as struggling by others, but to perceive himself as somehow without arithmetically cursed. Laertes went onto achieve over 75% in his maths in both of his 13+ assessments (and rather higher in others of his subjects) and has had his choice of upper schools.

‘Horatio’ had only a term and a half left before his History GCSE, at Merchant Taylors’. His results were predicted to grade very highly in all subjects, except history, which stood out uncomfortably as a subject he did not yet essentially understand. His main difficulty was with source questions, in which he was receiving, C’s and D’s, rather than the A’s and A*’s awarded to him in other subjects. To perform well interpreting historical sources, as may be exemplified by satirical period newspaper cartoons, the candidate must place themselves into the shoes of a typical adult, of an era and of a place. Horatio was a diligent student, intelligent and in most respects quite mature, his mind enquiring of many subjects. However, the idea of political and cultural assumptions and constructions as differing much for different people, even if from varying places and times, was still essentially new to him. It was fairly easy to establish that his ability to see through other people’s eyes, assuming them to belong to his own context, was age-appropriate. His ability to build and map out sets of familiar ideas and arguments logically, thematically and visually, also, was age-appropriate. He just couldn’t do it for worlds and worldviews that were alien to him. In fact Horatio was beginning to get quite upset and down about it.

After about a term and half of two hours tuition a week, Horatio sat his exams and received an A in his History GCSE.

I was entrusted with guiding my 19-year-old student ‘Hamlet’ through preparations for his second (and therefore final) A-Level re-sit attempt at History (Edexcel) and Government and Politics (Edexcel, having originally taken the subjects at City of London. It was very important to Hamlet that he obtain a place at university, and he genuinely enjoyed the subject content, both facts which played strongly in his favour. However, his experience to date had built a sense of understandable fear and doubt, which frequently paralysed him from commencing work, sometimes with trembling, and much against his most sincere wishes to the contrary. He had been finding the considerable amount of reading required for these subjects, including keeping up with UK and US current affairs, hardly possible. His notes were in great disarray, which increased his sense of anxiety and awe at the scale of the endeavour. Essay writing was not something that he yet understood, complicated by an expressive language difficulty, which, if warranting a diagnosis, would probably have bought him additional time in the exam. Hamlet was now routinely capable of A/A*s essays when working off the clock. As mentioned, had the expressive language difficulties Hamlet showed been diagnoses as dyslexia, he would have had considerable extra time in the exam, and to be sure, he remained hard pressed whenever we tested him under timed conditions. In the event he improved upon his original ‘D’ and ‘D’ grade results, by earning two B’s (he already had one B in his best subject), and is therefore now an undergraduate at his preferred UCAS university choice, and has already achieved above expectation in his first round of university exams.

SEN experience – I have worked with many students who have dyslexia, dyspraxia and dyscalculia, and am currently studying it myself. I understand exactly the types of practical strategies to use and pedagogy by praise and other such methods.

‘What schools does Rupert have experience of as a tutor?’

Sixty+ of those schools for which I have prepared pupils, or of which I have significant professional experience. This list includes neither all exam types/age targets in each case, nor all schools that I have had experience of.

‘I would like to thank you for the immense effort and commitment you have put in to help my son … In a short period of time my son has developed renewed motivation for English and a large part of this has been your approach in helping him understand key building blocks and language techniques.’

‘He is honestly the best possible tutor for my son […, who…] didn’t want the lesson to end!’. She also praised your thoroughness, patience and preparation’

‘… thank you for your support. It is noticeable how [our son] flags early Monday evening and picks up immeasurably after your visit. It is very much about self-belief, and I think you have instilled some of that important quality in him.’

‘Rupert has been a fantastic tutor to my students, (5 of them). They all find him “amazing” … Rupert is a very patient and knowledgeable teacher. He maps out and [tailors lessons] for each student knowing they have individual needs. My students definitely have benefitted’.

‘I am very grateful to you for all your hard work, the personal interest and dedication with which you are teaching my boys. I cannot thank you enough and consider myself extremely fortunate to have you as a teacher.’

‘A knowledgeable tutor, who has an instant gauge on where the student is and how to navigate them.’

‘… our son … gets extremely nervous before and during exams. … Rupert has been coaching him [in] calming techniques … timing of questions … and exam question practice. My son had a difficult exam the other day in his hardest subject and said when he got stuck he remembered Rupert’s strategies and carried on! He seems more confident in his approach … even after just a term.’

‘[Rupert] has made learning fun for [the children] and made them more confident … he is very good at making the lessons fun. They both really look forward to seeing him. … Overall he makes my life so much easier and I would strongly recommend him.’

‘It has been pleasure to work with Rupert as my student’s 13+ tutor. Rupert not only works on exam technique but also the long term benefit to my student. He spends considerable time understanding my student’s background and my aims for her and then plans the lessons accordingly. He is very patient and has in depth knowledge of the subjects.’

Overseas guardian to a girl aged 12.

‘Rupert Pearson is a wonderful and inspiring tutor. My child claims that she has never had a tutor as qualified and prepared as him. He doesn’t just teach but also helps the child understand [and] the child gets a lot done during the lesson. I definitely feel like he has helped my child a lot in her learning.’ 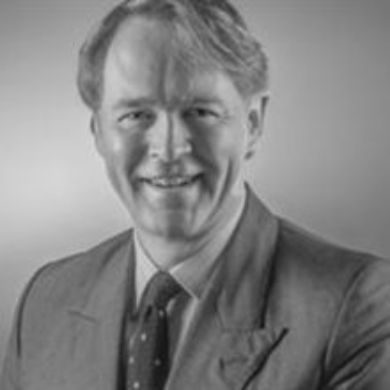