"Just thought I'd let you know I got an A* in English! I got close to full marks in the written exam! Thank you so much for all your help, honestly could not have got here without it."

I read English at Cambridge, where I specialised in Shakespeare. I am passionate about English, literature and teaching,  and am keen to share my enthusiasm and understanding of the subject with others.  I have been tutoring since I left Cambridge, and worked successfully with a range of students. This has included supervising on 8+ homework, to mentoring pupils for Oxbridge entrance. A fuller list of my experience is below.

My teaching style is heavily dictated by my student. My first lesson is all about discovering what type of learner they are. We’ll also talk about their interests and goals. This seemingly innocuous conversation often holds the key to motivating them towards success.

To my mind learning is always best done actively. I’ve personally never learned much by being talked at so that’s not how I teach. I ask lots of questions and expect a good level of engagement during a session.

I also believe that at the heart of even the trickiest problems is a series of simple solutions. I aim to make those simple solutions clear and to help students to think clearly and effective for themselves.

Above all, learning doesn’t happen very well if a student isn’t engaged. I’m good at helping my students become interested in what they’re studying and, even if it takes a little while, it’s more than worth it.

Most recent students include:

Robbie was 9 years old when we started our lessons together (and is now 13). He had a very analytical mind and was flourishing in Maths and Science. However, he lacked confidence in his creative writing. We worked on unlocking his imagination as well as how to describe people, objects and settings in the most vivid way possible, using all the senses and engaging the reader’s imagination. We also worked on a structured approach, and I am pleased to say that Robbie has now been offered places at The American School.

Alex was applying to Oxbridge to read English on his gap year, having not been made an offer in his final year of school. Over 5 months we met regularly at the British Library, worked through his personal statement, his essays that were to be sent up, and his interview technique. He received an unconditional offer at Hereford, Oxford.

Sabrina was a high achieving student who struggled with GCSE English Lit (texts: Of Mice and Men, Romeo and Juliet, A View From the Bridge), finding herself flustered and lacking an overall strategy for tacking AQA exam questions. We went through all the past papers we could find, and deconstructed how each question functioned, what was being asked of her, and what was needed to satisfy this. She achieved an A*.

Tatiana was a GCSE English (Lit and Lang) student who was under confident in analysing texts, and thinking for herself. We worked through several different poems, in which I was able to impart to her different techniques, devices and ideas to look out for. We did similar work on longer prose texts, and I helped her with both school and coursework. She received an A.

Oliver was an A-level student who was falling behind in English Lit. After an initial session, it was clear that whilst he was perceptive and articulate, he was failing to use a satisfactory essay structure to support his insights and ideas. We spent a lot of time breaking down exam questions, working out all the different parts that had to be answered, where to do so in the context of a long essay, and how to draw the examiner’s attention to this. He got an A* in his final exam.

Lisa was going into year 5 and needed help with her creative writing; through a series of activities and games I taught her a solid structure that she could build a story from, whilst also encouraging her style to become more expansive, being bold in her use of similes and metaphors.

Oliver’s parents approached me several years after I had previously worked with their son Arthur. Oliver was applying for a scholarship to St Paul’s senior school at 13+ level. Oliver was methodical and precise in his approach to questions, but would often run out of things to offer. We went through passages together, identifying different potential techniques and devices, ensuring that he had a checklist of things to look for (similes; personification; alliteration) whenever he had to find evidence. He achieved his scholarship.

Jamie needed a few intensive sessions to prepare for his GCSE’s on The Old Man and the Sea; we focussed on exam technique, and building up lists of easily rememberable facts for the exam, so he would have banks of topics to discuss in the essay. He received an A.

When I am not tutoring, I work as a freelance theatre director, and have worked on Shakespeare at the RSC, the Globe and also at theatres including the National and in the west end. I have found that the use of theatre exercises in tutoring sessions often unlocks solutions and inspires my students.

Common Entrance student; from a parent.

…’After such a successful tine with XX (our elder son) Common entrance tutoring, we were wondering whether you are available to work with YY, his younger brother for a while’…

GCSE student; via an Agency

…I heard from XX that YY got A* in RS, A in History… YY says you were his best tutor ever, and XX says she wished they had found you earlier, so good feedback for you!…

…Just thought I’d let you know I got an A* in English!!!!! I got close to full marks in the written exam! Must have been because I defined my terms :P…

Thank you so much for all your help, honestly could not have got here without it… 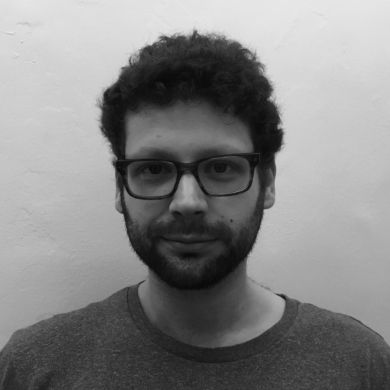