“Really amazing tutor! Made me think about the text in ways I never had before and the lesson was very well prepared which helped me get so much out of it. Thanks John.”

I am a fun, enthusiastic Londoner with a passion for teaching pupils in creative, imaginative and inspiring ways.  With every subject and every age, in everything I teach, I constantly seek to pass on my enthusiasm.

I have been tutoring since 2015, supporting students with English (Literature and Language), Biology and French. In addition, I offer support to students who are working on their Oxbridge applications. I have also been international au pair and I am willing to travel abroad for home tuition.

I have a very solid knowledge base from which to teach and encourage my pupils.  As a personal tutor, I believe the best strategy is to make the student feel comfortable and confident first and then push them intellectually. I have found that this often means the student doesn’t even realise how much effort and intellectual energy they are putting in.

With younger pupils, I like to close read passages to make sure they can transfer words on the page to internal understanding. From that basic comprehension, I then build up a picture of the techniques writers can use to influence their thinking. For older students, I find it most effective to work on textual comprehension and exam strategy.

With all my pupils, I like to build a friendly and informal rapport in order to help stimulate their enthusiasm and encourage their own effort.

Please see below for a snapshot of my recent tutoring experience.

In July 2015, I was asked out to Milan, Italy to look after two brothers, Milo and Nico, aged 9 and 10. Milo and Nico’s parents wanted an English au pair to help improve the boys’ English as well as keep them occupied during their summer holidays. My primary role for the three weeks was to look after the boys when their parents were at work, bring them to cultural events around Milan, talk to them in English and let them teach me Italian! After the three weeks, the boys were far more comfortable speaking English with me and looked back on three happy, busy weeks.

Fergus, Year 10 student in his GCSE year. At first, Fergus was shy and serious but when we started getting stuck in to analysis and discussion, it was clear that Fergus was engaged and had a spark of enthusiasm. After our first tutorial, Fergus’s mother got in touch with me with a very kind message regarding how much Fergus had enjoyed the session and I knew straight away that lessons with Fergus would be productive and enjoyable for us both.

I worked weekly with Fergus on his set texts and techniques for approaching unseen poetry. Fergus wrote essays for me and was clearly enjoying the progress he was making. As the weeks went by, Fergus was more than happy discussing what he struggled on and we worked together to improve his writing style in a number of ways. It was an absolute pleasure teaching Fergus and I was delighted to hear that he now wishes to continue with English beyond his GCSE’s, which has previously not been a consideration.

Aadityaa was a Year 11 student doing IGCSE with the CIE board. He was studying Macbeth, Spies and A View from the Bridge. With Aadityaa I would read through his teacher’s corrections and plan my tutorials around how to improve on these issues. He particularly liked the depth and detail that we explored all of the texts in, and I would use his marked essays to show Aadityaa the main areas in which to focus on, to improve his final grade.

Jack came to me looking for an intensive course of tutorials over the Christmas holiday to prepare for mock examinations in January. He was reading Othello, A Streetcar Named Desire and Chaucer – the Wife of Bath Prologue and Tale. Jack’s main struggle was his exam technique, where he struggled to achieve all the marks on offer. What became clear when reading Jack’s work and discussing the plays and poems was that Jack had good ideas but was losing marks by not expressing himself clearly. Also, he was very good at close reading but needed help focusing close reading examples in a wider argument. Jack and I went through the course texts together, deepening his understanding. I was delighted when Jack returned to me in the Easter holiday asking for another two weeks of tuition, having seen the progress he had made from our first lessons together. What was so pleasing about tutoring Jack was that when we first met he was focussed on just getting better marks but by our final tutorial he was more concerned with fully understanding the text (and the marks came far easier as a result).

Jamima had an offer for Durham of A*AA for History and needed support in order to get an A in English. She was clearly a brilliant student and needed only small tips to really take her essays to the highest level. Jamima achieved an A* in English and is now studying History at Durham University.

Cedric was very capable but let himself down by rushing, which was not in terms of how much time he spent writing but in how much time he spent thinking. Through our lessons together Cedric learnt that a good essay is clear, well-argued and well informed. When he took the time to plan his essays, the standard of the essays improved greatly. We looked at comparing Joe Orton’s play, Loot with the Revengers Tragedy, avoiding generalisations, instead making sharp and insightful comparisons. As Cedric’s essays became more coherent, he saw an improvement in his marks.

Tyra simply needed help with Macbeth, she had been let down in the teaching of it at school and she was worried that she didn’t understand it. As is always the case with Shakespeare, when the text is broken down and the student realises that it is not as difficult as they first thought, huge improvements can be made. We built up what we called a ‘zoom in zoom out’ technique to rigorously analyse quotes and structure them effectively in an essay. Then Tyra was still struggling imbedding the quotes into her sentences so went through more examples and looked more closely at the problem.

My main hobbies are football, theatre and travel. I was the president of the Oxford University Association Football Club and in the past year at Trinity College, Dublin. I have also written and directed my own stage play.

“I cannot recommend John as an English tutor highly enough, if he can help a shy student with low school attendance and dyslexia to excel his targets and believe in himself then I’m sure any student lucky enough to have John as a tutor will also excel more than could think possible.”

“Very friendly and focuses on particular sections in great detail. Very helpful! He went through my marked essay, giving me tips and examples as to how to improve my grade.”

“Brilliant – Jenny has learned so much in just one lesson… really helped with building confidence before her A levels.”

“Really amazing tutor! Made me think about the text in ways I never had before and the lesson was very well prepared which helped me get so much out of it. Thanks John.” 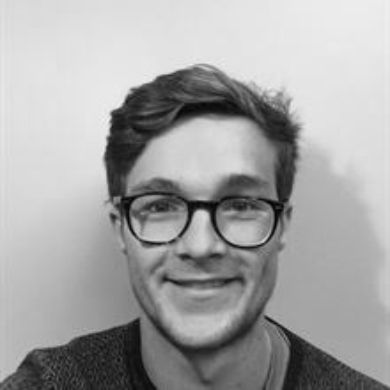