"Jenny has been tutoring for my children for almost 6 years! Wow I can’t believe it! She has been with us since my son was 7 and daughter 4. She has taught them everything from science to math to writing to most recently - helping my son study for a GCSE. She is so patient, organised, enthusiastic and has become such a pivotal person in the education of my children. She has followed curriculum that we use but also has taught from books she has recommended. She makes material interesting and engaging. She is such a joy to have around and shares her own enthusiasm for learning with the kids. You can tell she really enjoys teaching. I can’t say enough good things about her. She has gone from initially teaching our kids an hour or 2 a week, to many many more. I wholeheartedly recommend her to anyone!"

I hope to begin a PhD in educational psychology in the next few years.

As an experienced teacher and tutor I tune into a child’s learning style. I adapt my teaching style and utilise specific techniques to maximise each student’s potential. For example, when it comes to learning maths facts some students learn faster and are happy with a traditional drilling approach, whilst others do much better by playing maths games.

I have training and experience in sensory integration and occupational therapy and this is why several of my clients want me to teach their children. I understand that some children need “wriggle room” in order to concentrate better and I use a variety of props to keep children focused (wobble cushion, putty, blue tack etc.). Before writing, I lead my students through some simple arm exercises that strengthen and engage the shoulder girdle. My students are able to sustain a much longer period of writing after completing the exercises.

I am fortunate that I have good relationships with my students; I think this is because I am interested in what is going on in their lives and not just in their schoolwork. When explaining tricky concepts, I try to relate the situation to a real life example that the child can understand.

I have always been patient with my students, and now that I have children of my own (Theo is 7 and, Amelie and Olivia are 5), I have learnt to become even more patient!

I have taught maths, English, geography, history and science in the US and UK curriculum and I am confident in teaching all primary school subjects. Formerly a classroom teacher in both British and American schools, I have been working exclusively as a home school teacher and private tutor for the past 8 years.   During the day I home school and volunteer in my son’s primary school and in the afternoon I teach children who attend school during the day. My work is split between 7+ and 11+ exam preparation and helping children improve their weaker subjects. The children who I’ve been home schooling recently all have SEND and were homeschooled by me in order to transition (successfully) into traditional school environments.

In September 2010 I began working exclusively as a tutor and home-school teacher for children with a wide range of needs and abilities. I have taught over 80 students (aged three – 15) a variety of subjects although I primarily teach maths and English to children in years two through six.

Below is a brief description of some of the children I have worked with and how I have helped with their particular learning challenges.

Abi is 11 years old with autism, ADHD, SPD and dyslexia. She has been at a specialist dyslexia school for the past few years, but was not accessing the curriculum due to being unable to concentrate and therefore not progressing. I collaborate with another teacher to support Abi in, maths, science and English, including phonological awareness. Abi is enjoying my multisensory methods and the support I provide with writing. She enthusiastically embraces the science curriculum and is now able to complete many tasks independently.

Bella has dyslexia, sensory processing disorder and possibly an undiagnosed social communication disorder. I home-schooled her in humanities and history when she was in year five. She was not progressing in her independent school and her parents felt that a year of home schooling would help. Bella loved the texts we read together and could not get enough of writer’s workshop. She worked really hard and progressed leaps and bounds and is about to start year six in an independent school with a strong SEND department. Bella’s parents were torn about sending her to school as Bella had done so well at home, but we (the other tutors and myself) all agreed that Bella would benefit and enjoy a school environment.

Macs has severe ADHD and social communication disorder. I home-schooled him in maths and science from ages thirteen to fifteen. He has a lot of emotional and behavioural issues and has been one of the most challenging, yet loveliest children I have worked with. We shifted from maths and science to cooking and culture as this was something Macs was interested in. We studied a festival from a different culture, religion or country each week and made a traditional meal. Macs continues to be home-schooled as well as attending a vocational college part time.

Romy started out briefly as a home-schooled student when she was nine years old, but then I joined her in her (small independent) school in order to support her in and out of the classroom. She is dyslexic with dyscalculia and was several years behind in maths. Romy’s teacher were pleased with her progress, but unfortunately the school closed down (financial reasons) at the end of the academic year. Romy and her family used this as an opportunity to go traveling for a year. Romy has just transitioned to an independent international school with a large SEND department and she is enjoying it so far.

Roman was half way through year six at an independent school when he left due to depression, bullying and poor academic performance (despite being incredibly intelligent) as a result of having high functioning autistic spectrum disorder. I home schooled him in science, for two terms, where we did many hands on experiments which Roman really enjoyed. We took plenty of “brain breaks” to help with regulation such as playing catch while riding bikes and jumping over light sabres. Roman transitioned to an independent secondary school and continues to be happy and successful.

At the time of tuition, Weston was seven years old and recently diagnosed with a sensory processing disorder and was asked to leave his independent school due to behavioural issues. I advised the family about a top, local occupational therapist as well as a child and educational psychologist. Weston learnt better when he could make choices about his own learning and I would give him clear options. We took plenty of exercise breaks and also went on several outings. Weston would happily read signs and descriptions at a museum, but wasn’t always keen to read his guided reading book so fortunately we were able to relocate his learning to various sights across London! We took pictures on our trips and turned them into books. Routine also worked well for him so we had a morning meeting every day, filled in the calendar measured, recorded and graphed the temperature and weather each day and discussed our “schedule of the day”. Weston and his family have since returned to the United States.

At the time of tuition, Avi was six years old with global developmental delays. I home-schooled him temporarily as he did not have a place in school (his family had recently relocated to London). I focused on early literacy and numeracy skills, and everything had to be done in a fun multi-sensory way. He practised identifying letters on my textured foam alphabet floor mat where he could take the letters in an out like a puzzle. I placed rhyming picture cards at the ends of a tunnel and he crawled through to find the matches. Due to sensory integration issues, he found using the Montessori tracing letters uncomfortable to touch, so he practiced letter writing in really fine salt. We went into my garden to count by jumping on the trampoline. I gave him plenty of short breaks so he could play with my toys or run around the garden in order to refocus for the next activity. Avi has transitioned to a state primary school where he has one to one support.

Zoe is now 12 years old and I was her home-school teacher from when she was three until eleven. When she was in pre-school we played games to develop early literacy skills such as phonological awareness, onset-rime awareness, syllabic awareness and the alphabetic principle and letter-sound knowledge. For numeracy, I used the Montessori manipulatives (spindles, counting beads, tiles) to teach number sense, counting and adding. When Zoe was four I started using a very hands on American curriculum called Every Day Math that emphasises learning through daily calendar activities such as monitoring the weather, counting the days of school and of course tracking the date. From the age of five, Zoe has been using a home-school curriculum called Sonlight for English, history and science. We have used a variety of different maths books and programmes over the years including, Abacus, Galore Park and Singapore Math. Zoe is bright and motivated and enjoys being home-schooled. Zoe has now joined the West End cast of School of Rock and is home-schooled on line in order to work round her rehearsal and performance schedule.

I tutored Sasha weekly from the age of seven to eleven and I taught his older brother before him. I helped Sasha with his writing. He had phenomenal ideas but struggled to write them down. Over the years we have worked on letter formation (always using multi-sensory techniques such as sky-writing and salt-writing), hand-writing and spelling. Now our lessons predominantly focus on story writing. I asked Sasha’s parents to complete a daily sequential spelling activity in order to help him with his spelling in a non-pressured way (unlike spelling tests at school). The most amazing thing about working with Sasha is seeing how much his confidence improved. He absolutely loves writing. We spent an entire year writing a book which we published online. He was so unbelievably proud of himself and ordered copies for all his teachers and family members!

I have successfully tutored a number of students in English, maths, verbal and non-verbal reasoning to help them gain entry at 11+ for some of the top independent schools in North London.

I am a governor at a local state primary school and I enjoy volunteering there. For fun I go to pilates, bake and read. I used to have several more hobbies that I hope to pursue again once my children are older!

“Jenny has been tutoring for my children for almost 6 years! Wow I can’t believe it! She has been with us since my son was 7 and daughter 4. She has taught them everything from science to math to writing to most recently – helping my son study for a GCSE.

She is so patient, organised, enthusiastic and has become such a pivotal person in the education of my children. She has followed curriculum that we use but also has taught from books she has recommended. She makes material interesting and engaging. She is such a joy to have around and shares her own enthusiasm for learning with the kids. You can tell she really enjoys teaching.

I can’t say enough good things about her. She has gone from initially teaching our kids an hour or 2 a week, to many many more. I wholeheartedly recommend her to anyone!” 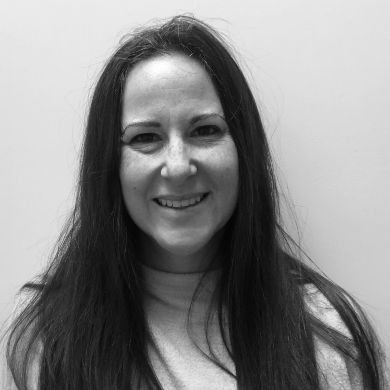