"We greatly enjoyed meeting Janet and were delighted with her tutoring. She was punctual, patient and enthusiastic and came armed with plenty of thoughtfully prepared stimulus material that the boys appreciated and enjoyed. Charlie felt he greatly benefited from her help and she has managed to shine a light on the very difficult scholarship papers that he has to contend with."

My specialist subject is Science and Maths to GCSE  and English up to Common Entrance level. I am very sympathetic to those who find difficulty with examinations.  I am kind, tolerant, but firm, totally reliable and passionate about my subject. As a multi-disciplinary scientist I can link aspects and show interrelationships across the discipline.  I love to enthuse children to appreciate and love science and its applications in the modern world.

I am 68 years old, a totally reliable and trustworthy, discrete, conscientious, confident, outgoing, energetic mother of Miranda, a politics graduate with a Masters degree. Privately educated. I speak a little Italian and love to travel abroad. I have lived and taught full time in a new university in the Middle East for 2 years as a young adult so am familiar with and sensitive to different cultures.

In summary, I am well travelled (20 countries) and have taught short courses in universities in Iran, Norway and Italy over many weeks during the period 1980-2005. I have  wide experience of dealing with overseas students during 10 years as a sixth form tutor and head of department  at a leading British GSA girls’ boarding school.During that time I dealt with a number of sensitive pastoral issues, conducted mock interviews and references references for university entrance.

Wide Teaching experience 1972-present mostly full-time with no break for childcare. A variety of state and private schools and colleges where I was the staff representative on the Governing Body, including Head of Department and Head of Department  at a leading girls’  GSA independent boarding school for 9 years in the south of England.

As a sixth form tutor at   Girls’ GSA school – Ofsted report Outstanding, I advised girls on university entry, prepared the school statements on UCAS application forms and  organised and conducted “mock interviews” for university entrance including Oxbridge. As part of my role as sixth form tutor I had to counsel boarding girls through some very delicate pastoral situations.

Since early retirement in 2000 extensive one to one tuition in my home/student’s homes for Common Entrance 11+ (girls) 13+ (boys), GCSE and IGCSE, Science, Chemistry, Physics, Biology and A level Biology and Psychology both  in UK and at at European homes of international students boarding at UK schools.

Tuition in European homes during vacations to  many international pupils at UK boarding schools. In August 2011 I was sent by Gabbitas to teach GCSE science to three Russian brothers for 70 hours over 2 weeks. A total of 5 visits, 2012-2013, 30 hours each week. Tuition included Maths, Science and English.

In January 2012 – 40 hours tuition in Berlin to a German girl for entrance to Cheltenham Ladies’ College and Benenden. 2015 Skype tuition with brother for Harrow and Sevenoaks and  interview  preparation.

In summer 2012,  January, April and summer 2013 through Gabbitas  agency to The Netherlands for two Nigerian children at UK  prep boarding school for Common Entrance to UK schools, one for scholarship entry to Cheltenham Ladies’ and Wycombe Abbey School, the other to Stowe.

In August 2012 I went to Scotland to teach five French children from ages 5-16 years including preparation for the 16 year old boy for entry to the sixth form at Charterhouse. Intensive GCSE preparation in science/maths and mock interviews and help to the parents in selecting schools and preparing letters. The boy subsequently gained entry to Charterhouse.

In July 2013 on-going tuition in Oxford to American 11 year old boy for Eton, Harrow, Winchester in 2015. Ongoing tuition over most school holidays until January 2014.

In 2014 and 2015 Eton Kings’ Scholarship preparation in science to two British boys including residential stays in family home.

Over 30 years  experience in separate sciences, chemistry, physics and biology and combined sciences and mathematics. Many grade A and A* (references available). Supply A2 Biology teaching Spring 2014. Psychology A level teaching for 20 years including as examiner for AQA board with reference rated ‘ excellent’.

References available to view for all of above, many extensive and all stunning!

I hold a wide range of entrance / scholarship science past papers from 2000-2015 for many independent schools and GCSE books/examination papers for all boards.

“Janet Voke spent seven days tutoring our 11 year old daughter in January 2012 at our home in Berlin, to prepare her for entrance examinations to Cheltenham Ladies’College and Benenden School.  Our family speak fluent English and Henrike has attended the British schools and International school in Berlin so tuition was in English.

We were delighted with her efforts, she was a conscientious teacher who had prepared the necessary material for our daughter and brought relevant examination papers and books for English, Mathematics and Science.  They worked 6 hours a day and Janet had meals with us as a family and stimulated our 8 year old son with excellent conversation and discussion, as well as Henrike which we all enjoyed and found of value.  We found her to be friendly, enthusiastic and a good time-keeper and were really pleased that Henrike made such excellent progress in the week with the examination marks.  She fitted in well in our family and we are very pleased to recommend her teaching.  We hope to have the chance to invite her again to help our son aged 8 years and for Henrike as she continues with her studies in the UK.  We were surprised and really pleased that our daughter was able to relate so well to her teacher and was motivated by her and the whole family enjoyed her stay with us.

Henrike was offered a place at Cheltenham Ladies College and we think that the help Janet gave was responsible for this success since there were several areas of science and mathematics which the Berlin school had not yet taught.  Without this extra help the opportunity to study in the UK would not have been possible.  Janet was also very helpful in discussing UK school options, for our son for the future, with us and talking with the children about life at an English boarding school. In 2015 he gave tuition to him for successful entry to Sevonoaks school.

“We greatly enjoyed meeting Janet and were delighted with her tutoring.  She was punctual, patient and enthusiastic and came armed with plenty of thoughtfully prepared stimulus material that the boys appreciated and enjoyed. Charlie felt he greatly benefited from her help and she has managed shine a light on the very difficult scholarship papers that he has to contend with.”

Many others available to view. 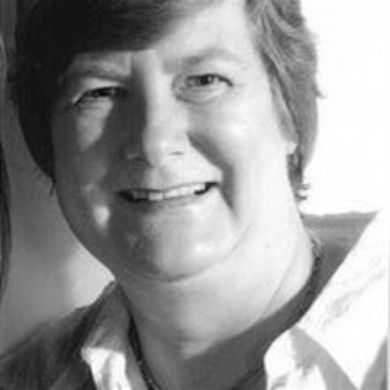