“Mr. Guillermo has been my private tutor for 9 months starting from September 2018. During this time, he has been a thoughtful and kind tutor who directed me on Economics, Cambridge interview and college applications.He is a professional tutor on Economics who helped me improve my academic record. More importantly, he encouraged me to apply for the course that I am interested in, rather than a course that requires lower academic performance. His advice has proved to be correct and the result pleasing.Above all, I’m glad to be his student.”

I have been a professional tutor since 2015, and specialise in tutoring Economics at A Level, along with Oxbridge applications.

I am able to go beyond simple generic answers and really add value. I also have experience with a range of students, from those needing past paper help to those that may benefit from wider discussion. I think that this versatility makes me a good tutor.

I come prepared with slideshows, articles or other aids but am always flexible depending on how the student best learns and how the lesson is progressing. I see my job as a conversation and debate facilitator, rather than a teacher.

I have over 200 hours of tutoring experience, both online and in person. Please find a snapshot of my recent tuition experience below.

In the four months of tutoring we undertook, Chelsea developed her knowledge of IGCSE Economics into sound Business Studies A Level ability, with particular focus as to how microeconomic concepts are important to managers. She particularly enjoyed the study of marketing, operational, financial and HR performance as the basis of any successful business. It was a pleasure to teach her, she ended up achieving an A in her exam!

Ruihao was a very intelligent student that nonetheless benefited from going through economic concepts carefully to avoid “waffly” answers. We also had lots of discussions on articles, podcasts etc. that I would set to go over out of class, I believe that these really enriched us both! Ruihao went from answers that were not backed with precise economic models to answers that were to the point and concise, knowing exactly how to play the “exam game”.

I really enjoyed teaching Ya Wen. We covered everything from market failure, including the technical analysis of the corresponding graphs, to AD/AS analysis. We noticed that we had to concrentate on Macroeconomics a bit more than Microeconomics so we read articles and covered country case studies to cement our economy-wide knowledge. Together, we have prepared for several school mock exams and her grades have definitely progressed in these. I believe that she is ready to do well in her official public exam in November. Best of luck!

With Kevin, we went over current affairs, books and past ECAA exams. We also had very interesting discussions on Trump, the Sino-American trade war and Brexit amongst others current affairs topics, in preparation for his interviews. Although Kevin had A* Economics knowledge before working together, he lacked the ability to apply it to unfamiliar situations. I therefore think that he greatly benefited from our lessons, alongside becoming a lot more outgoing and less shy, something that was very useful for his interviews.

Zoe initially had difficulties understanding texts that had more hidden Economic concepts, so we therefore went through these past ECAA texts and really tried to link them back to familiar ground, either current affairs or A Level Economics.
In time, and through our sessions, Zoe became a lot better at identifying these “hidden” points.

Chucky initially had some good ideas in his personal statement but they had to be modified to make it flow and be read in a more logical fashion. There were lots of language and grammar errors, along with points that were unrelated to the topic.  He ended up having a very good, unique personal statement that truly identified his personal reasons and motivations to want to want to study Economics at university. I think that the final piece was a coherent and a very “personal” statement!

John Cheng came from an American school/system background so a lot of our time spent on his personal statement was getting him to write more concisely and avoid slipping into writing American college essays, that are a lot more free-form and creative. With regards to the interview preparation, we also had to take some time to bring him up to speed with the A Level Economics requirement. John was successful in being offered a place at UCL, and I’m confident he will succeed!

I am helping a student with his Extended Essay, an internal essay they have to write over the summer holidays. He is writing it on the ethics of the pharmaceutical industry. First of all, we collected material both obvious and from less well-known sources or points of view that are not as immediately apparent. We both enjoy discussing and debating the various points and trying to construct a cohesive and flowing argument. We are now in the second stage where the quality of argument and prioritising lines of reasoning is paramount.

In my opinion, the biggest difference between this type of essay and a “regular” school essay is the detail and how much you have to back your points up. I would challenge any student to really support their arguments and try to avoid being superficial, these essays are not so much a “marks game” but are graded on the examiner’s overall impression.

I am an avid tennis player; the competitive element is definitely something that I like even if I play a lot less than I used to.

I also really like to travel. This year I went to Thailand during the mid-autumn festival holiday when I was working in Shanghai, this was so much fun. I look forward to my future travels!

“Mr. Guillermo has been my private tutor for 9 months starting from September 2018.  During this time, he has been a thoughtful and kind tutor who directed me on Economics, Cambridge interview and college applications.

He is a professional tutor on Economics who helped me improve my academic record. More importantly, he encouraged me to apply for the course that I am interested in, rather than a course that requires lower academic performance. His advice has proved to be correct and the result pleasing. Above all, I’m glad to be his student.” Ruihao Ma (Student)

“Guillermo was my tutor for the application interview for the University of Cambridge. He was very responsible and talented. He advised me hugely on my personal statement and also taught me about many economic theories, which was quite useful in the interview. He was a good teacher. I like his lessons as his lessons are creative.” Chucky (Student) 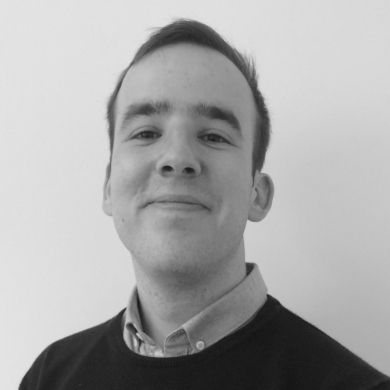