Greg has worked with Simply Learning Tuition for over 3 years, and we have received consistently excellent feedback regarding his tuition.

I believe that engaging enthusiasm in a student using a tailored approach is key to providing conditions where learning is fun as well as highly effective. Consequently I like to emphasise the beauty of the subjects I teach and convey the sheer pleasure of learning as an activity.

It is important to seek feedback from the student continually to ensure the concepts are being understood. It is also vital to maintain a patient focus on the fundamentals which can then lead to great progress as confidence increases.

Learning is a vital life skill that is also deeply rewarding and satisfying. Generating the intellectual curiosity of a student is inspiring, and a positive feedback loop will invoke both satisfaction and enthusiasm.

Below is a snapshot of my recent tuition experience.

University Maths – Liza is a second year maths student at a major London University. I have spent many hours with her going over a diverse set of subjects, including Analysis, Calculus III, Abstract Algebra, Differential Equations, Dynamics, Linear Algebra, Discrete Maths, and Statistics.

University Statistics – Tom is a 2nd Year student at a London University. We have worked leading into the exams on Probability Theory, Distributions, and Transformations.

IB (SL) Maths – I supported a student through a few intensive sessions whilst she was home in London from boarding school. We worked to go through the topics she was finding challenging.

A-Level Maths – Weekly Alec is an A-Level student with whom I worked on Core Maths C3 and C4 over the last academic year. We covered the entire syllabus and studied a rich variety of past papers.

AS Maths – Sanjit is an AS student who struggles to convert word problems into a mathematical structure. I am helping him formulate an effective structured method to approach his formulation problems. I am able to introduce more rigour into his mathematical expressions to reduce the chance of error.

AS Level Maths – Anne was an AS student at St. Paul’s Girl’s school. She is a very capable and enthusiastic student and I helped her develop her mathematical technique and rigour to go along with her strong mathematical intuition. In the 3 months I worked with her I noticed a marked improvement in her mathematical exposition and her understanding of the key concepts.

A-Level Physics – Paul is an A-Level student at St. Paul’s school who has just won a place to study Biochemistry at Oxford. He has excellent mathematical skills but is seeking to improve his physical intuition and problem solving skills in Physics. We worked on the full syllabus including Gravitation, Electric Fields, Radiation, and Thermodynamics.

A-Level Physics – Carol is at St. Paul’s girl’s school and is going on to study engineering at an American Ivy League university. We worked on the full Edexcel Physics syllabus over the last year, and are awaiting Carol’s results this summer.

A2 Physics (online) – I worked online with a bright student at Oundle who needed extra support over his final year with his Cambridge Pre-U Physics. Over our sessions together I saw his confidence and enjoyment for the subject grow.

GCSE Physics (online) – I worked with this student who was preparing to move from China to the UK. He wanted to go through the entire syllabus before his move, and so we spent 2 weeks of intensive sessions covering 2 years of syllabus.

GCSE Physics – I prepared a student for the more advanced aspects of the GCSE syllabus, as she struggled with the basics and was worried about tackling the rest of the GCSE. We worked through the basics slowly, and built her confidence and understanding.

GCSE Maths – James is a GCSE student with whom I I have spent time polishing his approach to his mathematics problems. His approach had been too vague, and I have been stressing mathematical technique in order to facilitate understanding and clarity.

GCSE Maths (SEN) – I worked with W. in the final months in the run up to his GCSE maths exams. W. struggles with SPD, and can find it very hard to focus and work independently. We worked together to keep W. feeling confident with the topics for each paper, practising questions and using the regular repetition to help concepts stick.

11+: I taught my daughter Madeleine throughout the 11+ process in 2009. We focussed on the entire portfolio of subjects, namely English, Maths, Verbal Reasoning and Non-verbal Reasoning. She did well and was granted places at Latymer Upper School (which she subsequently attended), Wimbledon High, Francis Holland, amongst others.

I also taught my son Mark in all subjects during his 11+ process in 2010. He performed exceptionally well, and received offers from both St. Paul’s Boys School and Kings College Wimbledon, as well as a reserve place at Westminster.

I have a great interest in History, Science, and Geopolitics and read extensively on those subjects.

I enjoy playing tennis and skiing, and have a passion for most sports, including horse racing. 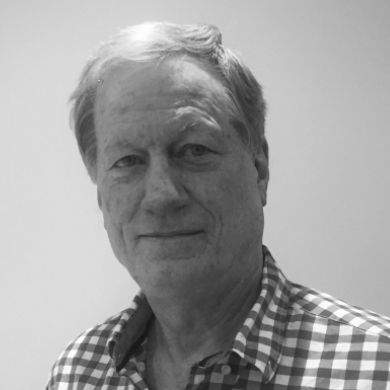