“We are in our third year of tutoring with Esther. The fact that Esther has helped my daughter to understand the subject means that she now genuinely enjoys it. This has been reflected in a clear improvement in her grades. My daughter has grown in confidence and become an effective independent learner. She has got into the habit of getting as far as she possibly can with a problem on her own before she identifies the points that would be helpful to go over with Esther. It continues to be a strong, fun and productive working relationship.”

I am a fully qualified teacher and have been working as a private tutor since 2012.  I have worked with 50 students in a 1-to-1 setting, specialising in tutoring Maths. I am also able to support student with Science and Drama.

I endeavour to spark students’ interest and enthusiasm by getting to know them and making Maths relatable, getting students absorbed in a maths question can be a great way to make them forget about any extraneous anxieties. I am aware of the common pitfalls to point out and the importance of unlocking any mysteries around algebra. When students feel secure in using maths processes rigorously it can be hugely empowering. I try to make students feel sufficiently relaxed and curious that they allow themselves to be frank, open and aware of what they do and don’t fully understand.

I encourage students to be self-sufficient independent learners so that we make the most of our time together, pinpointing areas where they really need my support to make the work accessible. If an approach isn’t working for a student, we can find alternative ways for it to make sense to them and break processes down so that they are fail-safe. Frequently, making connections between new topics and existing knowledge reinforces their understanding and ownership of the subject. I often find that as students skills develop, so does their enjoyment, attainment and confidence.

I have 150 hours of tutoring experience, working with students from Key Stage 3 to A-Level. I have provided some examples of my most recent tuition below.

I met with Michael weekly. He was attending Westminster and was clearly a bright boy who enjoyed mental arithmetic, during our time together I practiced key skills with him to ensure he stayed on track, laying solid foundations for his future studies. During our sessions Michael grew in confidence.

This is now my third consecutive year of teaching Sophie. Sophie enjoyed Maths generally but was often very frustrated when she didn’t understand, and this was reflected in her grades. It is so brilliant to see the logical approach and processes that we have regularly worked on becoming a strong habit now. Her grades are consistently good, and she is able to tackle the highest-level questions, even going beyond the scope for her year.

I met with Jacqui weekly to practice specific skills and to help her ‘catch up’ to her target grade, she was attending Camden School for Girls. Jacqui needed to achieve a grade B in Maths in order to stay at school. She was very good in all other subjects but found Maths hard. We spent much of our time getting to grips with algebra, building this ‘big block’ unlocked her understanding of other parts of Maths. Jacqui was able to grow in confidence, applying a logical and systematic approach to her work. She was able to secure a B grade, which was 2 grades above her original prediction.

I met with Shetal for intensive Maths tutoring. Shetal suffered with a rare form of Motor Neuron disease which meant she was unable move her body. We used conversations to communicate and reinforce subject knowledge, this required great patience as English was her second language. It was important to keep the momentum going in our sessions and to ensure our communication was as effective as it could be. Shetal worked incredibly hard during our time together.

Harriet was extremely bright but felt school exam competition pressure impacting on her mental health to such an extent that she was taken out of school in her first A-Level year. I was brought in at the start of her second year to support her schoolwork. However, as she felt increasingly unable to cope with the classroom teachers’ expectations, she stopped attending school lessons and I took over teaching her the A-Level Maths syllabus on a one-to-one basis. Our sessions allowed for digging deeper into explanations of the foundations where required, as well as preparing her to tackle exam papers. Harriet’s confidence grew and she clearly enjoyed the subject. There was a great time pressure as, against the odds, Harriet wanted to go straight to university along with her peers. Ordinarily I would not have encouraged this, as essentially it meant completing the Maths A-Level in one year, but I understood that both she and her parents were concerned about the fallout of losing momentum. Thankfully her results were good enough to secure her place and she is now studying Psychology.

I am an actress, writer and occasional choreographer. I have previously sat on Guildhall’s audition panel, co-directed a variety of plays and musicals at Epsom College, and coached some of the ‘Playing Up’ students in The National Youth Theatre. I am especially interested in Science and interdisciplinary projects for stage and screen.

“We are in our third year of tutoring with Esther. The fact that Esther has helped my daughter to understand the subject means that she now genuinely enjoys it. This has been reflected in a clear improvement in her grades. My daughter has grown in confidence and become an effective independent learner. She has got into the habit of getting as far as she possibly can with a problem on her own before she identifies the points that would be helpful to go over with Esther. It continues to be a strong, fun and productive working relationship.”

“Esther was a huge support to my daughter in preparation for her Maths GCSE.  Esther gave my daughter a clear structure to work with weekly, with a focus on specific revision exercises that would strengthen knowledge in core areas and building my daughter’s confidence in the process.  I’ve no doubt that my daughter’s good grade was achieved through the guidance of Esther’s teaching.” 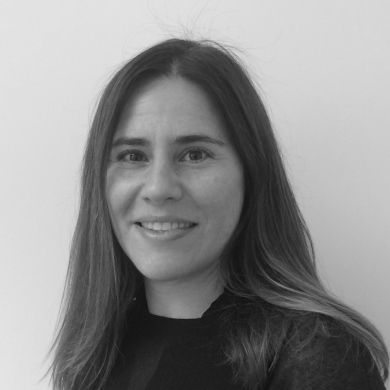