"Emma is an strong professional who has a very pleasant client manner and easily gains the confidence of the student. She is punctual and does not rush off at the end of the lesson but rather takes the time to share her observations on progress with us, the parents. I would be happy to recommend her for similar tutoring work."

I have been providing private tuition for over three years and have worked with a diverse range of children attending leading independent schools. My specialist subjects are Latin, English and Psychology and I also have built up substantial experience with 7+, 8+ and children working towards their 11+ and Common Entrance subjects, Maths and Psychology.

On a personal level I believe I possess the necessary qualities to be a productive and effective tutor. I understand the importance of identifying the exact needs and goals of the child, and providing a tailored approach to cater to these. I also recognise the importance of patience and encouragement in order to promote their own personal growth. I have seven brothers and sisters (aged between 18-28), and thus have established excellent communication skills, and feel at ease interacting with children of all ages. Furthermore throughout my degree specific modules focused on child psychology and the way in which children learn to read, write and communicate effectively. I feel that the knowledge I have learnt from this supports my ability to improve a child’s own personal development and ensure that they are given the best support possible.

I have completed over 350 hours of one-to-one tuition with pupils of diverse ages, needs and abilities. What follows is a selection of past clients, representative of my experience.

Assisting children aged 10 yrs with English, Maths and Sciences in preparation for 11+

Tutored range of GCSE subjects, mainly focusing on Geography, History & French, assisting with coursework and in preparation for his end of year examination

IB Psychology tuition, assisting her with her IA and coursework techniques

Tutored weekly sessions in Art, mainly focusing on her coursework and building up a portfolio

The objectives of the children were to prepare them for entrance examinations to London schools, with a prime focus on exam technique. Now continuing the placement with online tuition. This placement has now continued with weekly online sessions to both children in preparation for their entrance exams in January and February.

The objectives of the youngest child, Sara, were to focus on Maths and English and keep in line with the American curriculum

Tutored the thirteen-year-old boy Michael Maths, English and Science and he achieved an A grade average for the term

Tutored the fifteen-year-old boy Matthew Maths, English and Science, keeping up to date with a range of weekly assignments and projects and he achieved an A grade average for the term.

VSU for an after school children’s club

Taught both educational and creative activities

I would consider myself to be an outgoing and confident person, who enjoys spending time with both family and friends. Throughout school and university I have volunteered for a range of both local and international projects, and am now looking forward to volunteering with children in London. I am passionate about traveling, and exploring different cultures around the world, specifically South East Asia. I  am also very creative, and interested in the Arts, and throughly enjoy visiting art galleries and exhibitions in London and beyond. I play range of team sports recreationally from hockey to netball, and like to cycle, swim, or even just get outside and get some fresh air!

“Emma is an strong professional who has a very pleasant client manner and easily gains the confidence of the student. She is punctual and does not rush off at the end of the lesson but rather takes the time to share her observations on progress with us, the parents.  I would be happy to recommend her for similar tutoring work.” Mr H, Hampstead 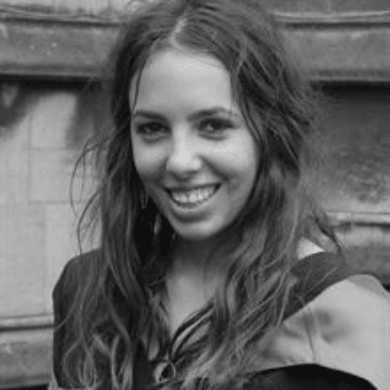