"My daughter, after a teacher change, had lost all her confidence in her abilities and had given up on getting a good GCSE grade, or passing at all. What Eleanor achieved with her was a complete turn around and left me with a happy daughter and an A grade. She is warm, professional and inspiring as a tutor. I have no hesitation in recommending her to anyone"

English Literature (A), Drama (A), Biology (A) plus Mathematics (A) at AS Level. AEA in English (Distinction)

I have been working as a Private tutor since 2015. I hold a 1st class degree in English Language and Literature from King’s College London, as well as a Masters in Acting from the London Academy of Music and Dramatic Art (LAMDA). I specialise in English Tuition, both Literature and Language. I am also able to support students through Drama (vocational and academic) as well as general exam technique. Furthermore, I have worked as a mentor to fellow students at LAMDA and at King’s College London, assisting with essays, textual analysis and proof-reading.

Jimmy enjoyed English lessons but had hit a wall with regards to understanding Shakespeare. Working our way through the play aloud, with lively discussions and translations to modern text, Jimmy became truly engaged with the text. This helped him both in class discussions and his written work.

Mia had lost all her confidence after a teacher change at school, and her grades had slipped. Working together we discovered that Mia had good ideas and knowledge of the texts but struggled to convey these in written exams. We focused on improving her exam technique with the use of past papers, learning how she could ‘make the question work for her’ and how to plan and structure an essay. This, along with much encouragement, improved her confidence and she gained an A grade (an improvement of 3 grades) and entrance to the vocational school she desired.

Ines had chosen drama to express her creative side but was struggling with nerves closer to the practical exam and felt she did not have enough dedicated time in class towards this integral part of the syllabus. We approached her chosen performance text right from the beginning, learning and using analysis techniques that she could apply across her Drama syllabus (and also her English work) – mining the text for information, creating a character study, as well as working on the performance aspect. Ines was able to perform in her exam with far greater confidence and skill.

My work as a vocational teacher covered students from Year 7 – 11, including some with special needs such as Autism, Learning Difficulties and ADHD, as well as one pupil with a severe stammer. With this great variety of ages and needs, I was proud to be able to offer a varied teaching style, tailored to each pupil, as well as a nourishing creative environment in which each pupil could thrive and express themselves. I also utilised pupil’s talents in other areas, e.g. drawing, to help really open up the texts to themselves for performance. Many pupils gained in confidence, which was noted as their other subjects benefited.

Freya was a skilled English Literature student but was struggling with voicing a balanced critical opinion in her written work. Initially we held verbal discussions, encouraging Freya to argue both her own and a contrasting opinion. This progressed to building strong opposing arguments in written text and learning to use other critical sources. Through this work, Freya was able to find her unique critical voice and create well-balanced essays which improved her marks sufficiently to gain her the desired A-grade.

I am a passionate theatre-goer, trying to see as broad a range as possible. I also love to travel and experience different cultures, and have spent the last few years visiting a range of European cultural destinations as well as further afield. I am an avid reader across a wide variety of literature, particularly enjoying non-British writers, or those who write about a time, place or experience different to my own.

I have worked with children in many capacities, including as a dance teacher, and more recently as a children’s party entertainer.

“My daughter, after a teacher change, had lost all her confidence in her abilities and had given up on getting a good GCSE grade, or passing at all. What Eleanor achieved with her was a complete turn around and left me with a happy daughter and an A grade. She is warm, professional and inspiring as a tutor. I have no hesitation in recommending her to anyone” – Allison (mum of Mia), English GCSE tuition 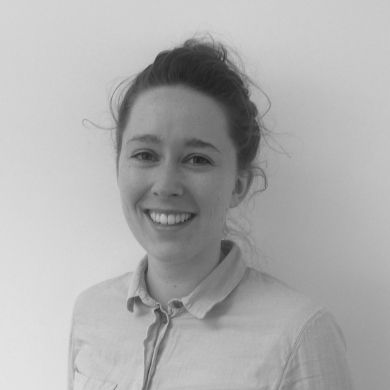