"Arina taught my son French to scholarship standard. She was punctual, friendly, very knowledgeable and had a great way with my son. He never complained about going for lessons and really enjoyed the sessions with Arina."

I have been working as a private tutor since 2003. My subject specialisms are Latin, French, Greek, Russian and US standardised admissions tests (SSAT, SAT, GRE). In addition, I have extensive experience preparing students for school and university interviews, in the UK and the US.

My values as a tutor are transparency, empathy, and relentless commitment to a clear and realistic result. I believe that increasing the pupil’s confidence is a key consequence of a successful tutoring relationship. I therefore create an environment where the student is encouraged to become an active participant, taking responsibility for his or her performance. This approach is largely influenced by my experience of Oxford tutorials, both as a student and as a tutor. The outcomes I envisage for my pupils are a combination of technical competence and an improved style of thinking, both of which will create confidence and make the student more effective. For instance, I insist on phonetic exercises in the modern languages at the start of each session, and on an analytical approach (rather than rote learning) in Latin and Greek. Both are intended to break the language barrier – the former by making sure the sounds are thoroughly familiar at the level of muscle memory and the latter by making the student think like a linguist.

I believe in challenging the student to the limit of their ability and encouraging the student to attempt difficult things as a matter of course. My interview preparation sessions focus on drawing out the students’ personalities, and encouraging them to take ownership of their knowledge, their plans, and their opinions. After the student has become comfortable, I always move to stress-testing; holding mock interviews on the phone, introducing especially difficult material, and so on. Humour is very important to me and to the tutoring relationships I develop. In my experience, leaving room for humour enhances the students’ cognitive abilities, helps them to retain perspective, and actively contributes to their ability to think and communicate well.

I have worked with over 50 individual students at a range of academic levels, from preschool through to adults. Here are a few recent case studies to demonstrate my experience.

Rory needed a lot of help with all areas of his pre-U French exams, and we started 1 month before his first paper. Grammar was a key challenge in both oral and written French. We focussed on troubleshooting his main grammatical problems, and on consistent speaking practice. We then went on to cover the remaining grammar gaps whilst practising writing, studying a novel and two films in the process. We succeeded in combining all the papers into a single effective course, and he was very happy with the exam outcomes.

Emma needed to basically relearn French grammar for her A-level exams. We studied advanced grammar in context by analysing newspaper and magazine articles, and held frequent speaking practice sessions. In addition, we exchanged daily mini-exercises to ensure that she was memorising the irregular forms etc. We saw an improvement in command and actual understanding of grammar: from the level of someone who had “intelligently guessed” her way through the GCSE to a student ready to face an undergraduate Modern Languages course. Her exam performance reflected this change.

Noel is a researcher, preparing for his fieldwork in Russian next year. He needs a good enough level that he can happily read street signs, navigate everyday situations, and form friendly connections to the people he meets during his travels. We’re getting excellent progress, using his analytical mindset and previous experience in learning languages.

Nicole, 16, needed practice and strategies for her interview in French. We worked together to ensure that she could talk fluently about herself and her interests, explored her individual reasons for being interested in French language and culture, and ironed out pronunciation difficulties. I’m pleased to say Nicole was offered a place at more than one of the schools of her choice.

Ksenia was bilingual in Russian and English, she was struggling with French at school, and was unwilling to speak French during the family’s travels. She did not enjoy the process of studying grammar or rote-learning her verbs and was unwilling to try. We conducted our weekly lessons in elementary French, incorporating drawing and role play, and after three months, I was told that she was chatting away with strangers in France during a skiing holiday. By the end of our first year together, we had worked our way up from very low and inconsistent grades to an average of 85% in school tests. She told me rather proudly that she was occasionally outperforming a Swiss pupil in her class on grammar tests. We continued to work together to build on our results in French, and on the progress in her study habits and motivation, for another two years, until she went to boarding school.

Over a period of 6 months, with sessions held twice a week, Alexander went from “pretty much zero” to “creditable attempts at basic prose composition” in Latin. I made sure that we used memorable examples to help him with accidence and enlisted his competitive spirit to challenge him to learn verb tables. Like many children, Alexander had been cripplingly shy in speaking French at the start of our working together. We conducted our sessions in French from the start to overcome his shyness, and eventually he was able to hold his own at the oral test at Marlborough. He was admitted and awarded an 80% bursary.

Vivian needed help getting her best GCSE grade. Spoken French was an area of serious concern, as she had had no school support in developing her pronunciation, which was very weak. This meant that she more or less refused to try to speak French. We worked together for 6 months, meeting twice weekly. With the help of tailored phonetic exercises, she felt more confident expressing herself, and we were able to conduct our sessions in French. She ended up getting an A*. As she was considering studying in the US in the future, she was concerned about the large vocabulary required for the verbal SAT test and about the reading comprehension and grammar components, which are quite unlike anything she had encountered. We developed vocabulary-learning strategies and approaches to multiple-choice grammar question, which saw dramatic improvement in practice test scores.

Eleanor a highly precocious linguist, was planning to take her A-levels in the Classical languages early, as she had done her GCSE exams the year before. Our aim was to make the transition from the level of reading and interpretation sufficient for GCSE to what is required at A-level. During our weekly sessions over the course of 6 months, we focussed on developing her knowledge of grammar to ensure that she was equipped to deal with unseen translation and worked our way through some of the syllabus texts to ensure that she knew the literary terms and concepts, as well as ensuring she knew the texts well enough to attempt elegant and nuanced translation. She gained top grades in both Latin and Greek.

Salman received a conditional offer from Oxford to read Russian and Arabic, and needed to get an A* at A-level. He needed help with developing his fluency in both written and spoken Russian, and encouragement to use more complex sentences to express his thoughts. We worked together twice weekly, over a period of three months, during which he made the transition from cautious and somewhat basic communication to a certain level of fluency. He got the A* grade and secured his place at Oxford.

Stanislas, 18, was preparing to apply to several universities in the US, all of which required a minimum SAT score above 1200. This meant at least a 300-point improvement on his previous score of 900, to be achieved within a month. During that month, we met twice a week, and focussed heavily on exam technique, as well as on improving his low verbal score. We harnessed his interest in current events to work the SAT vocabulary into our discussions and made sure that he was equipped to make intelligent guesses from Latin and Greek roots of unfamiliar words. He got an overall score of 1292.

Alan required preparation for his Classics entrance test and interview at Magdalen College, Oxford. He had good subject knowledge but struggled with unseen translation and with answering questions in a structured and clear way. We worked together for 1 month, meeting weekly. Our focus was principally on teaching him to analyse the passage for translation in a systematic way so that he could approach unseen texts like a linguist. We also isolated his areas of interest and strength within Classics to ensure that he had a repertoire of examples to illustrate his points and focus his argument. Alan was offered a place at Magdalen.

Selena was hoping to come to Cambridge as a mature student, to read French and German. Her main concern was her oral French; though she had excellent knowledge of grammar and vocabulary, she struggled to speak, and felt unable to face an interview in French. Over the course of four weeks, we met to overcome her shyness in speaking and to encourage her to start thinking in French about her academic interests and intellectual passions. A combination of phonetic exercises and stimulating passages for discussion resulted in her being able to provide fluent and coherent answers to practice interview questions. She received an unconditional offer.

Maria studied Classics in Moscow, and wanted to continue with a master’s degree at UCL. Although her knowledge of Classics was excellent, she struggled with the transition into an English-speaking environment, with its own specific terminology in her field and a difference in approach. We worked together for three months, during which we simulated the Oxford tutorial in order to get her to write on Classical texts in English, and to encourage her to study and use the new terminology and approaches. We consolidated her knowledge and her specific interests to steer her towards a persuasive personal statement. She gained a place at UCL and has chosen to continue academic research after her MA.

I am an avid reader in several languages and have a special interest in literary translation. I also enjoy film, an occasional bit of photography, and going to the opera/Classical concerts whenever I can.

“Arina is currently working with my daughter on a weekly basis to help with her GCSE Latin. I have found her to be a highly professional and also personable tutor, with whom my daughter started getting results from day one. Her tutoring style keeps my daughter engaged, and I can see obvious progress in both how my daughter is performing, and in her attitude towards the subject. Arina is punctual and accommodating, and she provides excellent learning materials to supplement the school textbooks. She has always been helpful in offering lessons at short notice and in being flexible on lesson times when needed. I would recommend her unreservedly as a stimulating and effective tutor for any student who needs to achieve rapid progress.”

Arina has been brilliant with my son. She is reliable, easy to contact and has been happy to discuss things with me by `phone or email. I would have no hesitation in recommending her to prospective parents and students.

Arina taught my son French to scholarship standard. She was punctual, friendly, very knowledgeable and had a great way with my son. He never complained about going for lessons and really enjoyed the sessions with Arina. 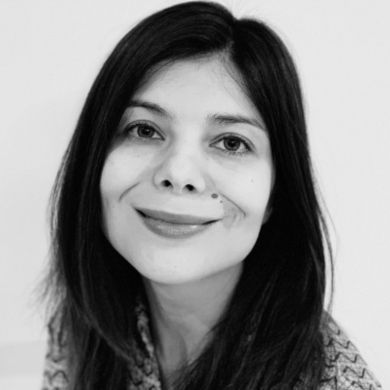