'Antonio is an excellent tutor, he has taken time to asses my sons strengths and weaknesses before starting teaching and is teaching him appropriately. Antonio is generous in his manner, efficient and clear in instruction - I would highly recommend him'

I have taught at all levels, including most recently at Bristol Grammar,  Cheltenham College and at Latymer Upper School in London as well as at Leicester Grammar School and the University of Leicester.  I have taught Ancient Greek, Latin and Classical Civilisations from beginner to A level standard, and at the University level to both undergraduates and postgraduates.

My specialist subjects are Latin and Ancient Greek and I also teach Archaeology,  English, Classical Civilisation, History and Philosophy. I have specialised knowledge of literary interpretation and criticism, and am also able to help with writing in general, and preparation for exams in English literature along with Classical literature. I am also an examiner/assessor for both GCSE and A-Levels in English, Philosophy, Religious Studies and all areas of Classics (Greek, Latin, Classical Civilisation and Ancient History).  This means that I have gained valuable knowledge on how public exams are marked, which feeds back into my teaching and tutoring.  I have tutored students in literacy at all levels in the UK and previously in the United States where not only taught at the College and University levels, but also tutored reading and literacy to students of all ages, from pupils preparing to take their entrance exams to adults needing help with their university studies and professional skills.  I take pride in quickly understanding what my students need and utilising my knowledge and experience to bring out to help achieve their goals. I also take pride in doing this using a friendly yet disciplined approach.

Please see below for a snapshot of my tuition experience

I am currently tutoring Josh in GCSE English  and Zach, who is in year 9, in English, History and Italian.  Both are home-schooled.

13+ preparation – I worked with Peter over Year 7 and Year 8 in preparation for his entrance exams to Harrow. Peter was at Westminster Boys’ Choir School and was aiming for a music scholarship. I supported Peter in achieving results in 90th percentile, and he is now happily attending Harrow, and secured his scholarship

13+ preparation – I worked with Ryan ahead of his entrance exams for several top independent schools. He achieved 89% in his exam and is now attending Alleyn’s in Dulwich, and has decided to continue Latin for GCSE!

13+ preparation – Support for Lorenzo in Year 8 with his Latin. We went over past papers and focussed on comprehension. He did well in his exams and is now at Dulwich College.

GCSE Latin (Y10) – I tutored with Oscar for a year in his Latin, helping him keep on top of the GCSE syllabus

GCSE Latin (Y11) – I helped Hassan, who was at Harrow, prepare for his upcoming exams, focussing on comprehension and vocabulary

A-Level Italian – I provided A level Italian support to a student at Eton ahead of his exams. We focussed on past papers and question style.

Classics Undergraduate (UCL) – I supported Alexander in his final year with his Greek and Latin. He went on to achieve a 2:1.

I enjoy playing the Free-Base Accordian, when I have time,  cycling, playing Ice-Hockey (if I am able to get to an ice- arena),  Football and Basketball, as well as sport in general.  I am also a practising archaeologist, working in the field, mostly in south Italy, when the opportunity arises; when I am not in the field you will find me in university libraries researching and writing about the ancient world.

From Dan (5/5): (A-Level English) ‘Such a good help! Gave me such confidence going into the exam’

‘Antonio is an excellent tutor, he has taken time to asses my sons strengths and weaknesses before starting teaching and is teaching him appropriately. Antonio is generous in his manner, efficient and clear in instruction – I would highly recommend him’ (Sabina, mother of recent GCSE English student Archie)

‘I just wanted to let you know that Ryan got 89% at his end of year Latin exam and he is very happy about his result of course! Thank you so much for your help…

‘Caroline, with whom you were tutoring Latin, would like to thank you for your great sessions..’

‘…Jack enjoyed working with you and you certainly have a light and fun approach..’ 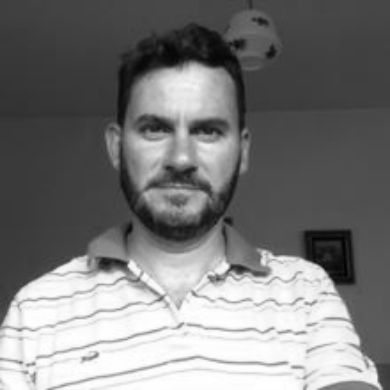