“Andrea tutored my son in GCSE French and I was very pleased with his academic Results and progress made from her lessons. She is an attentive and motivating tutor that re-sparked his interest in the language.”

I am an enthusiastic and hard working teacher, aiming to get the best out of my pupils by sparking their interest in the subject. I have five years experience in teaching Spanish and French to students of a range of ages, from primary school pupils up to IB level.  I am also a qualified TEFL teacher.  During my time  working as a Language Assistant at Lycée Molière, one of the most prestigious schools in Paris, I was also able to tutor many of the pupils privately in preparation for their International Baccalaureate examinations. I am a very personable tutor and believe education is fundamental to a child’s future success. Having worked and traveled in France and Spain collectively for 14 months I enjoy bringing a first-hand cultural awareness to the language I’m teaching as well as giving extra advice and support when needed. I have a 2:1 in French and Spanish from Royal Holloway University of London and also speak and write Modern Greek fluently.

* Tutoring French and Spanish up to GCSE and 16+ Level.

* Teaching English Literature and oral classes to Senior School pupils at one of the most prestigious academic institutions in Paris. Developing teaching resources and delivery increasing student success rates, by way of motivating students.

* Responsible for making students more culturally aware on current affairs in England and the USA. Preparing 17-18 year olds for the Cambridge Speaking Test (CAE Certificate) as well for the oral aspects of the of TOEFL Course.

* Volunteered in assisting with drama classes at an after school club supporting students in devising a bilingual French and English production of ‘Gullivers Travels.’

* Tutored English to pupils of varying levels from primary school to the IB respectively in Paris.

* During my stay in Cadiz and Ibiza I worked for families as a part-time tutor, tutoring in: languages, homework support and English and Maths.

I have over five years of experience tutoring levels up to the International Baccalaureate in French and Spanish. I also taught English literature and oral classes to 17 and 18 year old pupils in Paris. I tutored the Cambridge Speaking Test (CAE Certificate) and the oral aspects of the of TOEFL Course. In addition, I taught younger classes English from levels A2 – C1 according to the Council of Europe Common Framework of Modern Languages at Lycée Molière. I also gave private English language tuition to secondary school pupils over the summer period in Spain.

Offering lesson plans dedicated to each students’ needs and emphasising on round-the-clock quality academic support, I endeavour to help the pupil progress in troubled areas of the subject whilst also pushing their strengths.

I am currently supporting 6 year old Galilea with her maths, English and general homework support to ensure that she is ahead of the curve at school and primed for her entrance exam at American School London. I have supported Ghalia with her application and interview preparation into ASL.

Felix’s parents contacted me as they were having difficulty keeping him focused and couldn’t get him to write for more than a very short spell. He found it difficult to formulate a structured story even though he had a vivid imagination. After working closely with Felix on practice papers, creative writing techniques as well as exam expectations and how to manage his time best in the exam, he was offered places across the board at Westminster, Sussex House as well as Wetherby.

I spent 5 weeks in Greece working with a brother and sister, who were preparing for the 8+ and 11+ assessments respectively. I took a very hands on and fun approach to the lessons, working to fit them around the family’s summer plans; this would often result in us reading together or working through maths problems whilst swimming and on the family boat! The 8+ student had dyspraxia, and responded well to visual lessons; we would often find ourselves learning together in the garden and looking at the wildlife, and learning answers and new skills through fun games and songs. I am happy to report that the boy was successful in gaining entry to Wetherby, whilst his sister gained her preferred place at Francis Holland.

8+ and 11+ Residential (France and Cornwall)

I have worked with the same family on two occasions during their time away, both in France and in Cornwall. The younger brother was working towards his 8+ assessments, and his sister towards her 11+ exams. Both students were hard workers, and we worked intensively together each day; practising past papers and working through the different aspects and skills required for the exams. Ultimately the family decided to keep the boy on at Wetherby, though he performed strongly in his assessments. His sister was at Bute House, and applied to Wycombe Abbey and St. Paul’s Girl’s. She is now happily settled at Wycombe Abbey.

I have been intensely tutoring four students for the 11+ and pre-test examinations in English, Maths, Verbal and Non-verbal Reasoning. One child got into St Paul’s, the other into Latymer School and the other two into Francis Hollond. I also work closely with building children’s’ confidence and and helping them prepare for the interview process.

Homework Support in Maths and English

Gisele was a year 6 student struggling to organize his homework as well as falling behind on his maths. I formulated mathematical problems and gave her extra resources on how to structure her written work. After two terms of tuition Gisele’s confidence grew and she had excelled in maths, her parents were happy that she had been well prepared with skills on how best to organize her work for Senior School the following year.

I worked with a student in the run up to their 13+ exams, helping to boost their French reading, writing, listening and speaking skills. After a lot of hard work I was delighted to hear that they were accepted in to their first choice school, King’s College Wimbledon.

I supported Annabelle intensely over the holidays in the year running up to her 16+ entrance exams and GCSE’s. Annabelle and I worked closely together to bring her level of Spanish up the required level for some of London’s most competitive schools.

Imani was at the Brits School and had little time to prepare for her French GCSE, she was predicted a D grade and after having worked solidly on grammar and oral she gained an A grade at GCSE within 5 months of tuition.

Aisha was at Francis Holland and wanted help with her oral, we worked weekly on a different topic that could come up. In addition to her general conversation we practiced her presentation and she gained an A* at GCSE and has since been in touch for extra tuition for her AS Level Spanish.

A British student needed extra support with the preterite and imperfect tenses in Spanish. We worked on exercises to practice the conjugations together and I gave him extra work to do in his own time with summaries of explanations as to when to use each tense. We also worked through oral topics and role plays, focusing on the use of these tenses. At the end of term he was able to master when to use the appropriate tense for the situation and as a result incorporated them effectively in his oral presentation which gained him an A grade. Furthermore we worked on other weaker areas that he needed practice in on a weekly basis. Overall he moved up 1 grade from what he was originally predicted and proved very satisfied with his grade.

A student struggling with her GCSE French grammar and oral skills; we began by working through past papers and highlighting the types of questions she had trouble grasping. In conjunction, we worked on extra material to strengthen her grammar skills and focused the second half of the lesson on oral practice, focusing on role-plays and general conversation on topics on the syllabus. I aimed to keep her motivated by varying the tasks and in time she felt much more confident with the language. Rachel was able to gain an A* at GCSE when originally predicted a B and has since decided to pursue French for AS Level.

A student at St Paul’s was struggling with oral and grammar; we worked efficiently on perfecting her presentation as well as creating weekly practice questions. After focusing on building her confidence by creating a bank of answers and stylistically sound sentences she was able to achieve an A grade at A Level.

An English IB Level student studying at Lycée Molière, Paris. She wanted extra tuition in English as she planned to take the TEFL course at the end of the academic year before studying at University in the USA. She gained excellent knowledge of current affairs in England from weekly oral debate sessions. In addition she was given plenty of exercises to master her tenses and consequently passed the TEFL course and IB with outstanding results within her year group.

I have a keen interest in acting and have worked on various feature films such as The Dark Knight Rises and Sherlock Holmes 2. I also enjoy traveling having l lived and worked in Spain, France and the USA for two years respectively.

“She is an enthusiastic and gifted teacher who sets her pupils at ease and encourages them to express themselves in French.” M. Bernadeau, Head of English at Lycée Molière, Paris.

“Andrea tutored my son in GCSE French and I was very pleased with his academic Results and progress made from her lessons. She is an attentive and motivating tutor that re-sparked his interest in the language.” A. Sanders. IT co-ordinator. 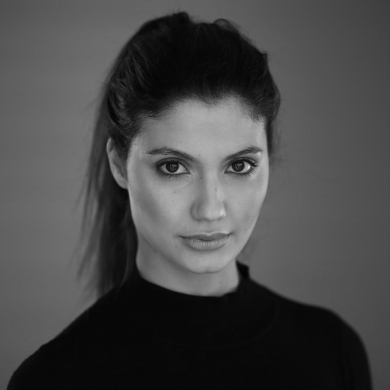