“My son made 2 grades worth of progress in less than one academic year. He was below target when he started tuition with Amina but now he’s on target. He loves the subject more from the classes & his use of grammar and punctuation has improved overall.”

I have been working as a private tutor since 2013. My subject specialisms are English Literature and English Language. I also provide support for History.

The lessons I plan for my tutoring session include a tried and tested formula which begins with a starter task that introduces the topic to the student, this is followed by what I call the ‘activate task’ which is led by myself – I provide the students with the necessary information, tools and success criteria for the lesson. Sometimes the ‘activate task’ can be a model answer, other times it can be a discussion or a simple task, students are always more confident after this task. This is followed by a ‘demonstrate task’ which allows the student to make their own attempt at putting their new knowledge into practice – they lead the task and I support them by asking them probing questions, giving them support and providing feedback as they attempt the task. The lesson ends with a progress check, during this task I usually either quiz the student on what they’ve learnt during the lesson or I provide detailed feedback of their completed work.

I am able to build rapport with students through praise and encouragement, I take the time to know the needs of the students and personalise lessons to cater to their individual needs. Each lesson is purposeful and well-planned. My students make very good progress because I allocate time in each lesson to allow students to write extended pieces, e.g. exam questions, literature essays, descriptive writing, under my guidance and supervision. My tutees are provided with both written and verbal feedback during each session, this propels and motivates them. I also encourage my students to become independent learners by allowing student-led learning in my sessions.

Overall, I would describe my lessons as very interactive and collaborative. Lesson objectives are well thought out, these are communicated to students along with the success criteria. At the end of each tuition session, my tutees usually have an extended written piece along with personal feedback that is based on their exam board. My tutees are always clear on what they need to do in order to succeed, as well as their own personal targets, thereby allowing them to make rapid progress.

I have tutored 20 students, building 150 hours of experience. I work with a wide range of academic levels, from Key Stage 3 through to A-Level. Furthermore I have experience of tutoring different exam board specifications. What follows is a selection of past students to illustrate my experience.

Daniel lacked passion for English and was struggling to access the subject during his lessons at school because he believed he was not any good at it. Although he was only in year 8, his parents had asked me to focus on helping him develop the skills needed to be successful in his English GCSE exams. For the first few sessions I allowed Daniel to choose extracts from longer texts which he liked, he would show me the extracts a week in advance and I would prepare GCSE exam style questions. After a few weeks of observing the types of texts which appealed to him, I was able to identify his taste and selectively choose texts for him that were increasingly challenging but would appeal to his interests and tastes. Daniel therefore had the opportunity to read a range of texts and attempt comprehension as well as exam style questions each week. I was able to see steady progress and he began to really enjoy the subject. His favourite part of the English language curriculum however was creative writing. I would use visual stimulus (sometimes this was a photograph, other times it was a short clip from a movie, or even a sculpture or painting) and I would guide him in his creative writing. With time, Daniel became more independent and thoroughly enjoyed this part of our lessons. He was very confident going in to Year 9 and was in a great position to begin his GCSE course at his school.

Ravi lacked confidence in English due to his dyslexia. His parents asked me to work with him on both Literature and Language. Our sessions took place once a week for almost two academic years until his GCSE exams. In preparation for his Language GCSE we practiced analysing newspaper articles as well as writing speeches, articles and letters on controversial topics. In preparation for his Literature GCSE we studied Lord of the Flies, Macbeth and Dr Jekyll and Mr Hyde. For the first few months of our sessions I would conduct a weekly spelling test with Ravi to help him gain more confidence in his spelling and writing but as time went on this was no longer necessary as the weekly reading tasks, as well as the writing frames which I had provided him during our frequent extended writing tasks, had helped him gain a tremendous amount of confidence in English. As his GCSE exams approached, Ravi felt positive and self-assured. He was pleased with his results.

Tahmid’s parents hired me after they became concerned that he was underachieving and currently working at two grades below his GCSE English target grades. Together we have worked on An Inspector Calls and Macbeth. After a few sessions I was able to identify knowledge of the literature texts as Tahmid’s strength but his lack of understanding of essay writing and exam technique was hindering his grades and progress. From this point we practiced planning essays and writing effectively in a short amount of time. He has made one grade’s worth of progress over 6 months and is now only one grade away from his GCSE target. I will continue to work with him this upcoming academic year when we’ll focus on the poetry exam as well as developing and strengthening the necessary skills for his GCSE language exam.

I was hired as Mohini’s tutor after working with her brother Ravi for a few months. Our main focus was on the poetry component of her literature exam- as this was the unit which she struggled with the most. Together we analysed the poem and I focused on modelling her thinking in an analytical way so she could also apply that skill to other parts of her exam. Along with this we also focused on exam technique and essay writing. Mohini was pleased with her A-Level results and gained a place at the university of her choice.

Nella had achieved outstanding GCSE English results and thoroughly enjoyed the subject during key stages 3 and 4. However, a couple of months into her A-Levels she had lost all zeal and enthusiasm for the subject as she felt it was too difficult and was demotivated. I worked with her intensively, seeing her twice a week. Together we analysed poetry and prose for the first weeks, I also recommended extra material to increase her learning and the knowledge she had acquired during our sessions. She slowly began to re-gain her confidence and love for the subject. After this stage we moved on to focusing on writing critical and perceptive essays. This phase was followed by applying all that she had learnt in exam conditions and perfecting her exam technique. By the end of the year, Nella had enjoyed the AS course so much that she decided to continue with the subject for her A-Levels and asked me to continue to tutor her. In preparation for her History AS-Level exams we worked on developing key skills for the subject such as analysing the effectiveness of sources and critical essay writing.

I enjoy screenwriting and filmmaking as I have found it to be a very exciting and stimulating creative outlet. Films are accessible to all and the thing I love most about them is that they bring people together while giving each viewer the opportunity and freedom to develop their personal interpretation.

“My son made 2 grades worth of progress in less than one academic year. He was below target when he started tuition with Amina but now he’s on target. He loves the subject more from the classes & his use of grammar and punctuation has improved overall.” Sharifa 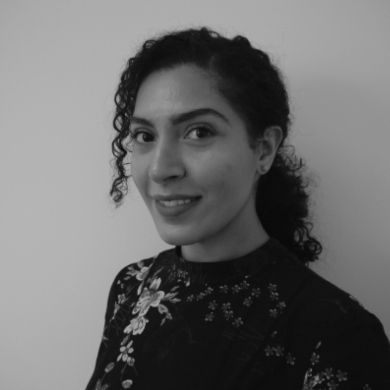