“I am writing to you to commend Amin. My son, Federico (15 years), has last week been given top marks for maths at school becoming in fact his best subject in this set of scores. It was his worst subject at the end of the summer term. Amin came out during the summer holiday and tutored Federico for three hours daily for ten days. I was really surprised how easily Federico adjusted to so much maths given his low confidence, but by the end of the week´s he had a new "can do" attitude to the subject. Amin has the talent and empathy to make maths a subject anyone can tackle and the ability to engage a young mind for long periods. I cannot recommend him highly enough.”

A-Levels: Economics A, Mathematics A, Biology A

AS Level: Art A

I graduated from the University of Oxford with a 1st Class Honours in Human Sciences in 2010. For the past 5 years I have been a private tutor to over 30 students; more than 600 hours of lessons. I specialise in Mathematics & Science, specifically the 7+, 11+, 13+ Entrance Examinations and GCSE preparation. I also have extensive experience in Interview Preparation (13+ & Oxbridge), Assessment Day Training and Public School Pre-Tests (Eton, Harrow etc). As a former student in the British private school system (St. Paul’s School), I have a firm grasp on the entry processes and nuances of the top-tier private schools in the UK.

I see myself as a creative, encouraging and open-minded tutor. I focus on instilling confidence and empowering students as I have seen that once students form a positive mindset towards a subject, they are able to learn faster and accomplish more. This creatives a positive feedback loop; as student’s results improve, their confidence grows, which further improves results and so on.

I enjoy showing my students how to learn, not just what to learn. This creates independent learners who are able to progress much more effectively in their own time.

For a subject like Mathematics, I take the time to teach complex topics in stages, and believe strongly that even the most challenging topics can feel straightforward if taught in this manner.

Please see a snapshot of my recent tuition experience below.

Boris is a Russian student who recently moved with his family to London. He was very capable but unfamiliar with much of the core syllabus for the 13+ in Maths and Science. We worked rigorously over the course of 4-6 months to prepare him for the Common Entrance as well as specific assessment examinations for Harrodian and Alleyn’s school. Boris had an impressive scientific curiosity but tended not to answer the question directly. I spent a lot of time helping him to gain an understanding of what the question was asking; showing him how to use the mark scheme to gauge how many points he needed to make on extended questions. He showed a marked improvement and his application to Harrodian was successful in 2017.

I worked with Max from September 2014 to April 2015 preparing him for the Common Entrance pre-tests and assessment days for Eton, Winchester & Harrow. Given the abstract and predictive nature of the computerised tests at these assessment days, I prepared him with an extensive set of verbal & non-verbal reasoning alongside perceptual & logic problems. We also worked frequently with computerised test examples to ensure he was familiar with the format. Closer to the assessments, we did 10+ hours of interview preparation, to build up familiarity with the type of questions he was to expect as well as preparing some engaging and thought-provoking answers. His application to Eton was successful, and he was offered a conditional place.

I worked with Elodie twice a week for 9 months in the lead up to the very competitive 11+ entrance exams for St Paul’s, Godolphin, Wycommbe Abbey amongst others. She was a very capable young mathematician but had picked up some bad habits and was particularly prone to careless mistakes. We found that changes in her work patterns, such as mouthing out what she writing, proved very effective in correcting this. She was accepted recently to the prestigious Wycommbe Abbey for entry in September.

I worked with Emilie in preparation for her GCSE Mathematics examination for two hours a week from October 2015 to June 2016.

Emilie was performing poorly in Maths at school with very little confidence in her own ability. From the very first lesson we had a great rapport, and it quickly became clear that she was in fact a very able mathematician who grasps new concepts quickly. Her challenge had been a high turnover of teacher at school, which meant she had missed out on key concepts, and her confidence was shaken. As we worked through the syllabus, her enthusiasm grew considerably and after only a few months her rate of improvement began accelerating. Having been predicted a C at school, she received an A, missing out on an A* grade by a few marks.

I worked with Sophie for 2 hours per week in the run up to her GCSE individual science examinations. Sophie lacked enthusiasm for both subjects, likely because of a high turnover of teachers at her school. However, by taking the time to explain core concepts of the subjects, she quickly grew in confidence. By exam time, she had a firm grasp of the topics, and achieved an A grade (her predicted result at the start of the year was a C).

I taught Alex over an intensive 3-week period in the Easter holidays. Alex was a competent student with a good understanding of Physics, however his exam technique was letting him down. We worked thoroughly through past papers to build his understanding of how to apply his knowledge, approach the question directly, and work efficiently. He achieved an A* in his final exam.

I was sent out to work with Federico as a short-term resident tutor during their family’s holiday in Spain. As with many students, he seemed resigned to not being good at Maths and believed he didn’t have the innate skills to understand it. By focusing on his strongest area (fractions) I was able to quickly build up his confidence and bring him out of his shell. We finished every day with a test by the pool, which the whole family got involved with (his step-mother was a very able mathematician). This gave him a target to work towards, and by day 7 he outperformed his mother in the test! I continued to teach Federico over each holiday period in the run up to his 2017 examination, which he received an A in.

Mary lives with her family in Sudan and I have been working with her for over a year now for 2 hours a week on Skype. Mary has been one of the most challenging students I have worked with. When we started, she was significantly behind her year group in Mathematics, her confidence was at rock bottom, and her attention span was very short. She seemed unable to focus for more than 5 minutes at a time, which, made Skype sessions particularly difficult. I spent a long period of time building a rapport with her, working only on basic arithmetic using an online whiteboard. She enjoys drawing so I used that to keep her focus. Progress was steady but very slow for the first 6 months, and constant encouragement was critical for her. After 6 months however, she began to see an improvement in her school results and this was the tipping point when she started to believe in her ability. Since then her ability and attention span has improved beyond expectation, and she is showing real enthusiasm for the subject. She recently scored one of the highest marks in her class to the delight (and surprise!) of her parents.

I prepared Celestine for her upcoming 7+ entrance exams (Godolphin, City Of London etc.). Celestine was bright, but, like most 6 year olds, had no desire to sit and complete worksheets. As a result, I was continuously devising new and entertaining ways to cover the topics she needed to grasp. This included hiding Multiplication questions around her doll house, using the scooter and basket to pick up questions and match the answers around the house, and playing an interesting variation of “What’s the time Mr. Wolf” to familiarise her with more complex clock reading. She quickly became excited about the lessons and made great progress. After a successful set of 7+ examinations, she was accepted into City Of London.

Outside of Tuition Hours, I am a recording Artist, writing and producing music for myself and other artists licensed by Polydor UK and Universal Records.

“I am writing to you to commend Amin. My son, Federico (15 years), has last week been given top marks for maths at school becoming in fact his best subject in this set of scores.

It was his worst subject at the end of the summer term. Amin came out during the summer holiday and tutored Federico for three hours daily for ten days. I was really surprised how easily Federico adjusted to so much maths given his low confidence, but by the end of the week ´s he had a new “can do” attitude to the subject.

Amin has the talent and empathy to make maths a subject anyone can tackle and the ability to engage a young mind for long periods. I cannot recommend him highly enough.”

“Amin Hamzianpour has tutored both my children in 2016/17 with great success. James (11+ Entrance) was very anxious about exams and this had led to him failing to attain results which accurately reflected his academic level in the past. Amin won his trust and respect immediately and helped him to gain a one off place that was available at an academic school which has been very successful for him.

Eliza (GCSE) needed help to learn most of the maths IGCSE curriculum over a very short period of time as she didn’t seem to be familiar with a great deal of it. This he also achieved very speedily. Amin’s encouraging, unpatronising and easy manner with both children made them both receptive to his excellent tutoring. I cannot recommend him highly enough.”

“Amin worked with our son to help build his confidence in maths. Although our son was a naturally able mathematician, he had lost his way and was not performing at his expected level. Amin very quickly built up his confidence, noting that he was making a number of careless errors, and helped our son to make great strides in his ability to do common entrance maths examinations, in a matter of weeks he had moved from scoring around 50% to scoring over 90% in mock papers. Our son enjoyed working with Amin and responded very well to his tuition. I would recommend Amin as a tutor without hesitation.” 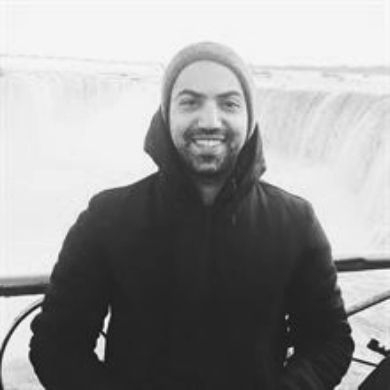