Alex has worked with Simply Learning Tuition for 3 years and has built long term relationships with several of our clients. Alex specialises in online tuition.

2012-13         Institute of Education, University of London Postgraduate Certificate in Education

My specialist subjects are Maths, Latin and Ancient Greek.

I gained a PGCE in 2013 and have several years’ experience as a classroom teacher in both the state and private sector, during which time I taught Maths, Latin and Classics to learners aged 11-18. From my time as a teacher I have developed an understanding of how to cater for diverse needs and learning styles.  In my spare time and at the weekends I have provided individual tuition in my chosen subjects to students who needed targeted instruction for 11+, 13+, GCSE, AS and A2 examinations.

Please find a snapshot of my recent tuition experience below.

Tutored A Level Maths to a boy in upper sixth. He had attained an E for his AS Level and was being pressured to drop the subject. I worked with him from September 2014 to June 2015, when he retook his AS and took his A2 exam. He achieved a B and gained a place at his desired university.

Alex, aged 17: weekly assistance with HL topics to complement the course he is following in school. Specifically looking at exam questions and common misconceptions; was working at a level 5, now consistently at 6/7.

Dimitiri, aged 18: missed the whole of the Integration topic at school, so we looked at all aspects of this, starting from scratch and working up to completing exam questions. We also focused in detail on the difference in nature between paper 1 and paper 2 questions, and how to use the calculator effectively in these situations.

Weekly 13+ Maths to a boy P who was applying to Bradfield but needed some tightening up of exam technique and algebraic understanding. He was successful in his application to Bradfield.

Weekly 13+ Maths to J, who needed stretching in the build up to sitting exams for Dulwich College and Charterhouse. He gained places at both schools.

Weekly 11+ Maths tuition to J who had a creative and active mind but was not receiving adequate challenge at school. He developed his skills of lateral thinking and problem solving.

CATS College is an international sixth form based in Central London. During my time there I taught the pure parts of the AS and A2 Level Maths course, as well as a the Statistics module S1. Since 99% of the school intake did not speak English as a first language I was able to focus on my EAL provision during my time at the school.

Harris Academy Bromley is an Academy located in South East London, with an intake of around 600 girls aged from 11 to 18, typically of deprived socio-economic backgrounds. Having been recruited by the charity Teach First, I started teaching at the Academy in September 2012 as an unqualified Maths teacher, whilst working towards a PGCE at the Institute of Education – I was awarded my PGCE at the end of the academic year, and then continued at the school to complete my NQT year.

In April 2013, though still in my first year of teaching, I was appointed Curriculum Lead for Classics and Latin, two new subjects the school introduced in September 2013. I acquired the following new responsibilities as I set up the subjects from scratch:

As a teacher of classes which typically consisted of over 30 pupils, I had to vary my teaching style according the class context, making sure that students of all abilities could access the work, and that their individual learning styles and needs were being addressed. The progress students dis-played in my lessons was noted by Ofsted, as my lesson was deemed ‘Good’ during their inspection in my first term of my NQT year. In addition to enhancing my teaching methods to meet the demands of individual students, I also developed a strong understanding of the curriculum for Maths, Latin and Classics for Key Stages 3, 4, and 5. Ultimately teaching is most effective when supported by a strong relationship between teacher and student, and as such I have always sought to establish a firm foundation of mutual respect and trust with those I am teaching.

I am a keen sportsman and play cricket, football, tennis and squash. When I have more free time on my hands I enjoy bicycle touring in any hot location with great scenery. 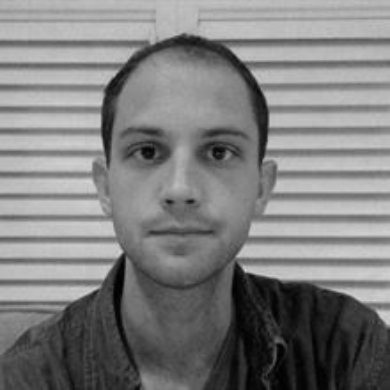