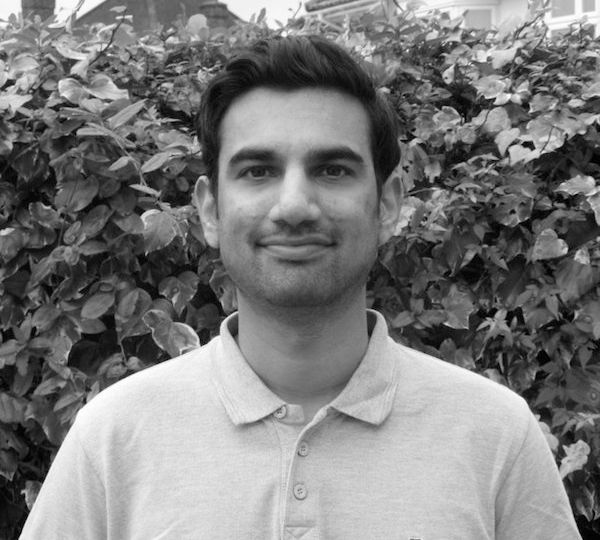 Rajiv is an excellent tutor. He is a true polymath who uses his extensive knowledge to expand the horizons of his students, as well as securing great exam grades.

I specialise in teaching Science, Maths and English at 11+, 13+ Common Entrance and GCSE level. I also teach Latin up to GCSE level.

After achieving 9A*s and 1A for my GCSEs, together with straight As in Maths, Chemistry and Latin at A level and Biology at AS level, I graduated from Cambridge University with a degree in Classics. I know what it takes to excel academically, and this first-hand knowledge is something which I pass on to each of my students.

I believe that, to learn anything to a high level, it’s not enough just to work hard and put in the hours. You have to feel genuinely engaged in whatever subject you are learning, and you have to find the process itself enjoyable.

This is exactly the sort of environment I provide for each of my students – I want them to feel comfortable with asking questions, and to understand that making “mistakes” is not a problem, but actually a critical part of the learning process.

In addition to my experience teaching in an academic context, I qualified as a ski instructor in Whistler, Canada, and have spent time teaching beginners how to master the basics of skiing.

I also spent time teaching English as a foreign language in Mexico, earning a TEFL qualification in the process. I taught a class of 18-30 year olds the basics of English so that they could use it in their daily lives, and I learned a lot about the importance of patience and creativity in preparing lessons and ensuring students make meaningful progress.

Ultimately, it is this combination of both academic and non-academic experience which has helped me understand that students all have different strengths, weaknesses and interests, and that they learn in a variety of different ways. It’s the job of a great tutor to find the best way to encourage, challenge and ultimately to inspire their students.

Isaac: 11+ Maths, English and verbal reasoning tuition for exams at City of London, Forest and Bancroft’s School. Isaac went on to receive academic scholarship offers for all three schools.

Edward: 13+ Eton College King’s Scholarship Latin tuition, ongoing. Edward is an enthusiastic student who needed help improving his Latin. The key to Latin lies in mastering the grammar, and I have spent time showing Edward how best to tackle difficult translations and comprehension questions. We worked through examples together and Edward now has a better feel for how the Latin language operates.

Katana: lessons four days a week in Mathematics and Science for year 9 student. She was injured in a car crash earlier in the year and has been out of school as a result. I am helping her to keep up to speed with the syllabus in both Maths and Science. She initially had very low confidence in her Maths ability, and so my first priority was to emphasise that there is nothing wrong with making mistakes, and nothing to be ashamed of in finding any subject difficult. With the right guidance, with encouragement, and with some practice, everyone is capable of showing real progress. I have since seen a huge improvement in her Maths, and she now feels much more confident in tackling questions on her own.

Ethan: I am tutoring Ethan in preparation for his 11+ exam at The John Lyon School in 2015. We cover Maths, English, Verbal Reasoning and Non Verbal Reasoning. He loves Maths, and so I have seen my main job as being to nurture the natural enthusiasm he has for the subject, and to gently push and encourage him to get faster and more accurate with his Maths. He finds English a little more difficult, and so I have been helping him to expand his vocabulary, encouraging him to read books and articles he finds interesting. The aim is to continue inflaming his imagination and for him to practise reading and writing as much as possible.

I love sport, playing football in my local 7 aside league on the weekends and hold a PADI advanced scuba diving certification. I have spent time abroad working in various communities, including a marine conservation project in Mexico.

I am also a qualified lawyer, having worked in London and Abu Dhabi, and currently act as an advisor to a start-up fundraising company, with a view to setting up my own venture in the near future.

Back to Science Tutors

Please contact one of our tuition consultants to find a Science tutor matched to your child’s learning style and academic requirements.