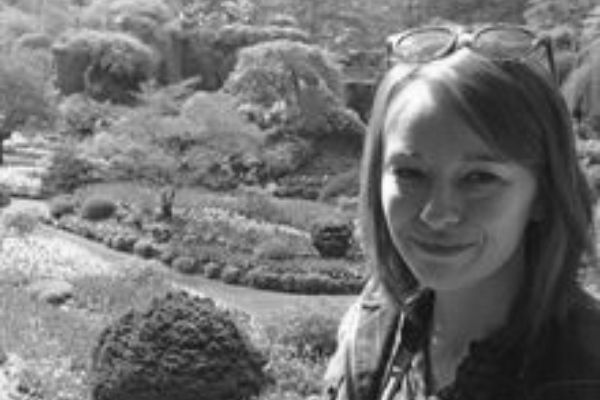 My specialist subjects are Latin and Classics, and I also work with students needing Oxbridge prep and interview training I fell in love with Classics when I first started learning Latin in school aged 12, and I went on to study it at Oxford and then do a PhD at Princeton University in the US. I’ve been teaching Classics at prestigious independent schools in London for the past two years, as well as having taught undergraduates at Princeton, so I’m very familiar with the usual exam boards and curricula. I’ve also prepared a number of students for their Oxbridge applications and interviews (as well as having been through the process myself!).

I’ve studied all aspects of the classical world, from Latin and Greek literature to history, philosophy, and archaeology, and I have a wide range of knowledge and a deep enthusiasm for the subject. I believe that ancient texts are among the most important in world literature, and that Latin and Greek are wonderful languages to learn, both in their own right and as a foundation for other languages, so I try and pass that enthusiasm on to my students.

I love working one-on-one with children and older students, and seeing their abilities and their enjoyment of the subject blossom. I always look for what will motivate and inspire each individual when I start to teach them, and I tailor my approach to take into account what they enjoy, as well as any difficulties or anxieties they may have about their work. As a secondary school teacher I know well how to adapt my teaching to a diverse range of learning styles, and I take care to adapt my resources as much as possible to accommodate individual students.

Year 12 and Year 7 Latin: While completing my PhD I informally tutored two students in the Princeton area: one Y12 student doing Advanced Placement Latin and one Y7 student who needed to keep up his Latin studies while he spent some time away from school.

13+ Common Entrance: I worked with a Year 8 student in the final 4 months ahead of his final Common Entrance exams for Radely. He was a bright student but lacked motivation. Together we revised his grammar and vocabulary for his Latin, ensuring that he was able to fully comprehend and answer the exam questions he would be facing. I am delighted to report that he passed his exams and accepted a place at Radley.

High School Latin: I Worked with Sheila for about a year during her junior and senior years of high school (the equivalent of sixth form). She was struggling to retain vocabulary and new grammar concepts in Latin. We worked on techniques to help her remember and practise new material, and by the end of our time together her reading and comprehension skills had improved greatly and she was equipped to carry on her studies independently.

Year 7 student in the US who needed to catch up on missed studies: Ben had to take some time off school in 2011 due to ill health. He had just started Latin, and needed help keeping up with the school curriculum while he was away. After two months he went back to school and was very successful in his Latin class for the rest of the year.

Highgate School, London (September 2015 – August 2016) Teacher of Classics: At Highgate I taught Latin and Greek at all levels, using the Cambridge Latin Course in the earlier stages and then moving on to primary texts supplemented by the textbooks of John Taylor. I taught the Ancient History GCSE, including topics on Hannibal and Agrippina. In the sixth form (grades 11-12), I taught advanced Greek and Latin language and literature, including some prose composition. On the pastoral side, I served as a form tutor for Year 8 (grade 7).

The Lady Eleanor Holles School, London (September 2014 – August 2015) Teacher of Classics: At LEHS I also taught Latin and Greek from Year 7 (grade 6) to the sixth form. I also taught courses on Classical Civilisation (encompassing ancient history, culture, and literature in translation), to sixth-form students. In addition I held a pastoral role as a sixth-form tutor.

Princeton University (2009 – 2013) Teaching assistant: As a graduate student at Princeton I was also employed to teach my own course on Latin language and literature, and assisted with larger lecture courses on ancient culture and civilisation. My responsibilities in these courses included giving lectures, planning and leading discussion classes, assisting individual students with their assignments, creating examinations and essay questions, and marking the students’ work.

In my spare time, I like to swim, run, and do yoga. I also write a blog about the history of cocktails.

Back to Latin Tutors

Please contact one of our tuition consultants to find a Latin tutor matched to your child’s learning style and academic requirements.