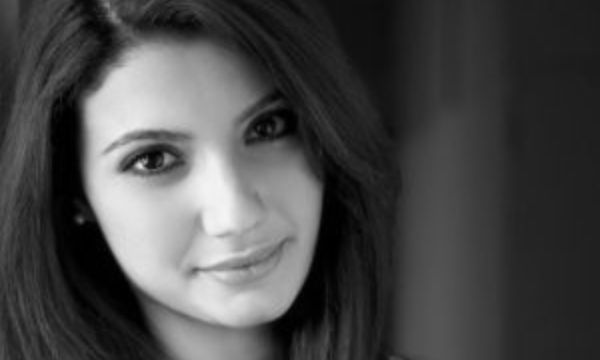 Andrea is a superb tutor. She uses her teaching experience and deep knowledge of languages to give students the confidence to express themselves in French.

I am an enthusiastic and hard working teacher, aiming to get the best out of my pupils by sparking their interest in the subject. I have two years experience in teaching Spanish and French to students of a range of ages, from primary school pupils up to IB level. I am also a qualified TEFL teacher.

During my time working as a Language Assistant at Lycée Molière, one of the most prestigious schools in Paris, I was also able to tutor many of the pupils privately in preparation for their International Baccalaureate examinations.

I am a very personable tutor and believe education is fundamental to a child’s future success.

Having worked and traveled in France and Spain collectively for 14 months I enjoy bringing a first-hand cultural awareness to the language I’m teaching as well as giving extra advice and support when needed.

I have a 2:1 in French and Spanish from Royal Holloway University of London and also speak and write Modern Greek fluently.

I have over two years of experience tutoring levels up to the International Baccalaureate in French and Spanish.

I also taught English literature and oral classes to 17 and 18 year old pupils in Paris. I tutored the Cambridge Speaking Test (CAE Certificate) and the oral aspects of the of TOEFL Course.

In addition, I taught younger classes English from levels A2 – C1 according to the Council of Europe Common Framework of Modern Languages at Lycée Molière.

Offering lesson plans dedicated to each students’ needs and emphasizing on round-the-clock quality academic support, I endeavor to help the pupil progress in troubled areas of the subject whilst also pushing their strengths.

16+ Spanish – I supported Annabelle intensely over the holidays in the year running up to her 16+ entrance exams and GCSE’s. Annabelle and I worked closely together to bring her level of Spanish up the required level for some of London’s most competitive schools.

Year 2 English and maths – I am currently supporting 6 year old Galilea with her maths, English and general homework support to ensure that she is ahead of the curve at school and primed for her entrance exam at American School London. I have supported Ghalia with her application and interview preparation into ASL.

A student struggling with her GCSE French grammar and oral skills; we began by working through past papers and highlighting the types of questions she had trouble grasping. In conjunction, we worked on extra material to strengthen her grammar skills and focused the second half of the lesson on oral practice, focusing on role-plays and general conversation on topics on the syllabus. I aimed to keep her motivated by varying the tasks and in time she felt much more confident with the language. Rachel was able to gain an A* at GCSE when originally predicted a B and has since decided to pursue French for AS Level.

An English IB Level student studying at Lycée Molière, Paris. She wanted extra tuition in English as she planned to take the TEFL course at the end of the academic year before studying at University in the USA. She gained excellent knowledge of current affairs in England from weekly oral debate sessions. In addition she was given plenty of exercises to master her tenses and consequently passed the TEFL course and IB with outstanding results within her year group.

A British student needed extra support with the preterite and imperfect tenses in Spanish. We worked on exercises to practice the conjugations together and I gave him extra work to do in his own time with summaries of explanations as to when to use each tense. We also worked through oral topics and role plays, focusing on the use of these tenses. At the end of term he was able to master when to use the appropriate tense for the situation and as a result incorporated them effectively in his oral presentation which gained him an A grade. Furthermore we worked on other weaker areas that he needed practice in on a weekly basis. Overall he moved up 1 grade from what he was originally predicted and proved very satisfied with his grade.

I have a keen interest in acting and have worked on various feature films such as The Dark Knight Rises and Sherlock Holmes 2. I also enjoy traveling having lived and worked in Spain, France and the USA for two years respectively.

Jogging, cycling and basketball balance out my intellectual activities.

Back to French Tutors

Please contact one of our tuition consultants to find a French tutor matched to your child’s learning style and academic requirements.