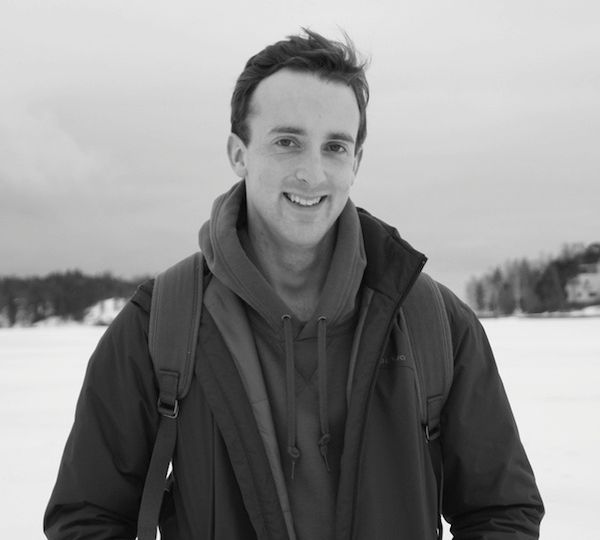 Russell is an extraordinary tutor. His impressive knowledge and friendly nature, combined with huge amounts of experience, make him an inspiring tutor for students of all ages.

I have been providing private tuition for four years, completing well over 2500 hours of one-to-one assessment and teaching, predominantly in English and Maths. During this time, I have worked with very high achievers aiming for competitive independent schools, as well as a large number of pupils with special educational needs who find learning more challenging.

I am able to create rapport with children very quickly, allowing them to gain confidence in their own abilities and reach their potential as learners. Early on in the tuition process, I aim to identify a series of distinct obstacles to be overcome; each of my lessons then has a clear focus, promoting positive progress towards a firm goal. My teaching methods are informed by current research in psychology and education.

The Oxford School of Drama: 3 Year Diploma in Acting

What follows is a selection of past students, representative of my experience.

SEN Dyslexia: Two terms classroom experience alongside a class with a high proportion of dyslexic students. I was given the opportunity to observe effective teaching, and work closely with students both in and outside of class.

SEN Dyspraxia: On-going bi-weekly tuition for 11 year old Jamie who was assessed and subsequently diagnosed with dyspraxia following my observations. I have been involved in meetings with his school, assisting in implementing the educational psychologist’s recommendations, including the formulation of an Individual Education Plan.

SEN Dyspraxia and Dyslexia: On-going weekly tuition for 11 year old Alexander who has mild dyspraxia and dyslexia, dealing with under-confidence and Maths anxiety. Alexander was offered and accepted a place at Uppingham School.

SEN Tracking Difficulties: 11+ support over the course of one year prior to 11+ for Tammy, who has reading difficulties. Tammy was offered and accepted a place at Oundle School.

SEN Dyspraxia: English and History tuition for Amir over two terms prior to 13+ Common Entrance. Using bespoke teaching materials, I was able to improve Amir’s performance on 13+ English papers by approximately 30%. Amir accepted a place at Charterhouse School.

SEN Dyslexia: Tuition across all 13+ Common Entrance subjects, over the course of two terms for Isabel, who struggled in particular with confidence in her writing ability. I provided Isabel with clear and consistent guidelines for composition, and we built up a bank of descriptive phrases she could apply to a variety of stimuli. Isabel was offered and accepted a place at Benenden School in Kent.

Homeschooling: Homeschooling for one term for ten-year-old Max who has ADHD and was struggling in mainstream education. This began with an academic assessment to gauge Max’s academic level and check for any gaps in his knowledge. Support was provided in Maths and English, as well as role-play for social skills and anger management, and activities to help improve concentration. Max now attends Fairley House School.

Year 2: Ongoing support in Maths and English for Esme who is in Year 2 and has speech and language difficulties. We have been working on securing basic number facts, and improving confidence and accuracy in reading and composition.

Year 3: Maths tuition for Issy who is struggling with basic concepts such as fractions, place value and ‘bridging through ten’. We have used varied modes of learning to provide Issy with clear visual references for symbolic mathematical reasoning, including working with Play Doh, multilink cubes and large hundred squares.

8+ and 11+ Skype with William and Sarah: Online tuition over a period of six months for a brother and sister living in Dubai, aiming for entry to competitive London schools at

8+ and 11+. We use interactive whiteboards to achieve the same level of interaction as in face-to-face tuition.

9+: Joint tuition in English and Maths over three holiday periods for Elinor and Christina, twin girls, whose parents were hoping to relocate outside of London. Happily, both girls were offered places at Tormead school in Guildford.

10+ Interview Preparation: Two two-hour hour coaching sessions for Imran and Zahra who were preparing for 10+ entry to top UK boarding schools. Imran gained offers from Papplewick and Summer Fields (Oxford) and has accepted his place at the former. Zahra was offered a place at Godstowe which she has accepted.

11+ Interview Skills: Intensive interview preparation for Maria, recently arrived in the UK from Russia. We worked on background knowledge and structure for her answers, rather than stock responses, and Maria was offered places at Godolphin & Latymer, St. James and Francis Holland.

11+: Weekly preparation for 11+ grammar schools and scholarship for private schools. The later part of the work I’ve been doing with Josh has focused on interview skills. Josh is a quietly confident boy who has needed careful guidance in how to present his genuine interests of music and reading in an interview setting. We have done a lot of role play work to help simulate the interview environment and Josh has really opened up and is now able to answer with enthusiasm and honesty, in a way that allows the interviewer to get a true sense of Josh’s personality. We’ve practised many different interview scenarios so Josh is no longer as nervous about the prospect of his interviews.

11+: Weekly preparation for 11+ for Douglas who has dyslexia and ADHD, culminating in successful entrance to his desired boarding school. This involved some interview preparation coaching to ensure Douglas was able to present himself well. Follow-up revision sessions for 13+ across multiple subjects, resulting in much-improved results.

11+ with Lucy: I provided support for the transition from a French-speaking school to the British system. We are now catching up on the UK curriculum and working towards 11+.

11+: English and Maths preparation over the course of two terms for Emma, who was living with cerebral palsy and required a scribe. Emma was a charming and intelligent girl, and I was delighted to be able to help her into a school better suited to her needs.

13+ Common Entrance and Pre-tests: On-going tuition in Maths and English for David over the course of two years, initially culminating in successful pre-tests at St. Paul’s, Westminster and Kings’ School, Winchester. We then worked together towards 13+, resulting in David’s acceptance of a place at Westminster School.

13+ Common Entrance: Weekly tuition with twelve-year-old Hector studying for 13+ Common Entrance, aiming for a place at St. Paul’s School, which he achieved successfully. Regular tuition in Maths and History, over a six-month period.

13+ Common Entrance: Common Entrance English tuition for twelve-year-old Erin over the course of one term, allowing her to gain the place her and her parents were aiming for at Godolphin and Latymer School.

Tom: Intense tuition in English for Tom over a period of two weeks prior to 13+, resulting in successful entrance to Eton College. We focused in particular on concrete techniques for structuring comprehension answers and fictional composition.

CE 13+ Residential Tuition: Tuition in English, French and Science over one week for twelve-year-old Flora, aiming for a scholarship at Oundle School. Flora has been offered a place at Oundle and is delighted! I am now working with Flora’s younger sister towards the same goal.

Mentoring: Weekly mentoring sessions with Toby who has school anxiety and processing difficulties. Toby and I took a very gentle approach to getting to know each other, through shared interests, and slowly introduce coping strategies for him to use at school. We role-played potentially stressful everyday occurrences, and in this way helped him manage interactions with peers and teachers.

GCSE English with Jack: I provided support for the transition from a French-speaking school to the British system. We are now catching up on the UK curriculum and working towards the GCSE exams.

AS English: Year-long guidance for a bright young man retaking AS-level English Literature. We have been working on academic English and forming a clear critical argument alongside recapping key texts. This role has also involved direct liaison with Gareth’s independent sixth form regarding coursework requirements.

16+ Entrance Exams: Nikita was a 15 year old boy preparing for 16+ entrance exams to Wellington, Harrow, Eton and St. Paul’s. He was attending school in Ealing, wanting to transfer to one of the above schools for Sixth Form. Nikita was a quiet boy and English was not his first language so we focused on how to best present himself during the interview.

IB Extended Essay: Close supervision for seventeen-year-old Frederick who was struggling with his International Baccalaureate extended essay. We worked on structure and content, as well as research skills and referencing.

IB English: Regular tuition for Tamen over the course of a year in English for International Baccalaureate, leading to a level 7 and successful entry to her first-choice university.

IB English: Skype tuition for Hannah in Singapore, supporting her through the process of writing her IB Extended Essay in English. We focused on addressing the mark scheme, forming an argument and advancing her critical abilities. Hannah scored in the top marking bracket, and is now applying to universities in Australia.

Bachelor’s Degree: Essay support over a period of three years for a Media and Film Studies degree student. We have worked intensely on academic English, essay structure and critical thinking, resulting in her coursework marks rising from third- to first-class level.

Following my training as an actor, I have spent four years working in devised performance. I am currently a creative associate of Curious Directive, a theatre company that works closely with specialists in other disciplines to create work rooted in scientific understanding. With the company, I have written and performed in award-winning, nationally reviewed theatre, touring across the UK.
I am an enthusiastic runner, recently competing in my first half marathon, and I also take a keen interest in photography and music.

Back to English Tutors

Please contact one of our tuition consultants to find an English tutor matched to your child’s learning style and academic requirements.