Why Children Must Keep the Art of Handwriting Alive

Private tutor Rebecca Stonehill urges us to help keep the art of handwriting alive because of the cognitive benefits children will gain. We have introduced Rebecca to many families over the years to support their children with their English studies and Creative Writing.

Since the invention of writing in Mesopotamia around 4000 BC, this most ancient of art forms has evolved and morphed into something that our ancestors could never have perceived of: typing.

Writing has become faster and more efficient as humankind have moved through papyrus, quill, chalk, paper, typewriter and keyboard in our eager endeavours to record the products of our thinking minds. And I, for one, am grateful that I am able type my novels and blogs rather than laboriously writing them out by hand. After all, none of us from a certain generation forget the relentless ache of our hands after a long piece of homework or exam.

But what, exactly, is the trade off as our pens and pencils gather dust and we opt for speed and ease?

Today, an increasing number of children are skipping handwriting altogether and being directed straight to the keyboard, with cursive writing (in which the pen is not raised between each character) having been entirely dropped from the core curriculum in The United States. But why does this matter? The cognitive effects of a decreased scope and reach of handwriting are being studied by scientists the world over, with some interesting findings. For example, Stanislaus Dehaene, a French psychologist says ‘When we write, a unique neural circuit is automatically activated. There is a core recognition of the gesture in the written word, a sort of recognition by mental stimulation in the brain. And it seems this circuit is contributing in unique ways we didn’t realise. It is making learning easier.’

Could it be, then, that it’s not simply what we write but how we write it?

As with any form of learning, it’s so important that a child learns from failing. When a G is located on the keyboard and pressed, there is a single, correct outcome. But when the letter G is initially formed by hand, there are numerous different ways to form it and mistakes to be made. Through the very imperfection of a child’s early attempts to form letters, the space is provided to keep improving. More than this however, when letters are duplicated by hand on a page rather than pressing keys, the impact on three important parts of the brain has been documented.

And how about when children grow older and reach senior school years and beyond? In later years educational settings, you are far less likely to hear the scratch of pen and pencil across paper than you are to hear the steady tapping of keyboards. A number of studies have been undertaken whereby students who take notes at lectures by hand have been found to have a deeper level of processing, reframing and thus understanding and cognitive encoding of the material. To learn more about this, you can read a study published in Psychological Science, claiming that the process of taking notes by hand is cognitively more useful in the long term.

Pam A. Mueller of Princeton University who was involved in the study explains, ‘When people type their notes, they have this tendency to try to take verbatim notes and write down as much of the lecture as they can. The students who were taking longhand notes in our studies were forced to be more selective—because you can’t write as fast as you can type. And that extra processing of the material that they were doing benefited them.’

While Mueller doesn’t see young people returning to spiral-bound notebooks or A4 pads, new technologies are being created all the time such as Livescribe Smartpens to bridge the gap between analogue and digital and to keep working on vital analytical development.

Typing is not going anywhere, but a growing body of research is suggesting that we don’t entirely give ourselves over to the all-consuming lure of the keyboard. Two researchers at the cognitive neuroscience laboratory at Aix-Marseille University carried out a study of 76 children between the ages of three and five. They discovered that the pilot group who had learned their letters by hand rather than on a keyboard had better recall and recognition. It was in the physicality of the writing experience that these children were learning on a deeper level. As American writer Mary Gordon describes it: ‘Writing by hand is laborious…but I believe that the labour has virtue, because of its very physicality.’

We owe it to our children to not lose the skill, and the joy, of writing by hand. Make sure that paper and pens are still dotted around your house for ease of access. Dig out those old games from your own childhood (such as Consequences), keep those pencils sharpened and reap the cognitive benefits. 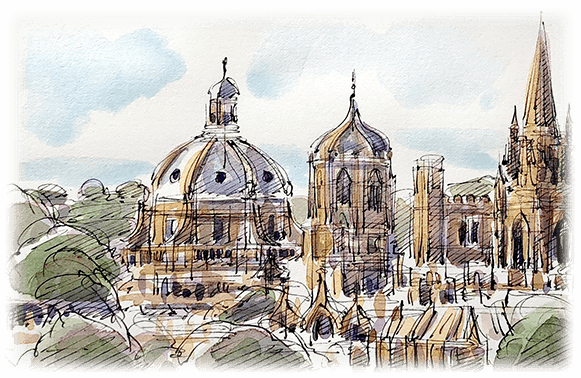