Our Review of Uppingham School

We regularly review the UK’s leading independent schools, as part of our Education Consultancy service. In this article, we review Uppingham School, a Co-educational Senior School for pupils aged 13 to 18 years. If you would like more information about the school, or want to discuss school options for your child please contact one of our education consultants today.

Uppingham School is situated in the countryside, close to Rutland Water, and is well placed for transport connections from all over the country. The school is happily integrated into the small town nearby, which is complete with a marketplace, a few independent shops and cafes, and plenty of Uppingham students. Being a full boarding school means during term time the whole campus is full of life with pupils spread across the playing fields, moving between lessons and other activities, or relaxing in their houses.

The school continues to expand with new building projects popping up amongst the ancient archways and cobbled courtyards. The beautiful Victorian architecture and school Chapel lie at the core of the school and towards the end of the town is the Western Quad, hosting a state-of-the-art science, art, theatre and sports facilities making up the modern £40m campus. This unique blend of old, and new, reinforces Uppingham’s reputation for having a bold ambition and being a forward thinking school. 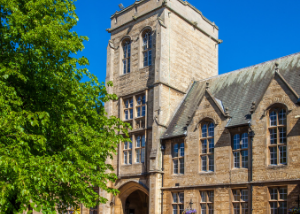 Dr Richard Maloney (MTheol (Hons), MA, PhD) was appointed head in 2016 and he hit the ground running, with a clear set of priorities around curriculum innovation. His previous experience, including being a deputy head at Sutton Valence and head at St Bede’s, set him up for success. Both the parents, and pupils admire his confidence and how he isn’t afraid to challenge the status quo. He demands the students have academic ambition, however, the focus is to provide an education that is thought-provoking, exciting, and life-changing. Success for Dr Maloney is for his pupils to leave Uppingham with more than just a good set of exam results, but a wealth of invaluable experience and level of excitement for their next chapter in life.

Dr Maloney has built a strong sense of community at Uppingham School. He has achieved this by effectively communicating with parents, being present around the school, joining boarding house lunches, and even in the classroom, teaching A Level Philosophy. He takes great pride in the staff he appoints, ensuring they are good role models for the students and eager to share the passion they have for their subject area. It is rare that you will find a subject teacher who doesn’t also get involved in extracurricular activities or boarding duties during term time. This adds to the sense of community within the school. 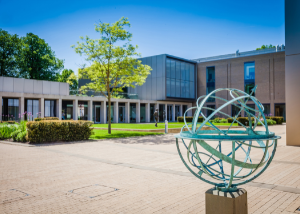 The most common entrance point to Uppingham School is via the 13+ exam, but some do join at sixth form, although this is mainly girls. For entrance at 13+, pupils must begin the process three years before the entry date. The system is relatively straightforward, and the school offers support at every stage. It starts with pre-tests in Year 7, which include an English paper, an online reasoning test, an interview, and references from your current school. Conditional places are offered following this. The common entrance exam (set by Uppingham) is then completed in Year 8 and consists of Maths, English, and a further interview.

For sixth form entry, Uppingham requires a minimum of six grade 6s at GCSE. Very few existing pupils fail to hit this requirement. For students looking to join Uppingham for the first time at 16 they have the choice to do scholarship, or non-scholarship exams, plus two interviews (one for their school house and one academic one). Joining at sixth form can sometimes be socially challenging with friendship groups already tightly formed, but Uppingham works hard to encourage integration between the new students and the old ones.

Aside from a few students that leave after their GCSEs, most students leave at 18 and go onto University in the UK, and abroad. Last year (2020) they sent four students to Oxbridge and others to the likes of Durham, Bristol, Edinburgh and Exeter. Uppingham is an academic school, shown by last years results with 79% Level 9/7 at GCSE and 65% A*/A at A Level, however they also pride themselves on attracting creative, musical and sporty students too. It is a great school for a high-quality all round education.

Uppingham’s boarding houses are scattered throughout the town and provide a fun, relaxed, and homely atmosphere for pupils. In total there are six houses for the girls, including two specifically for girls joining in the sixth form, and nine houses for the boys. Every house has around 60 pupils and a head of house who plays a key pastoral role in each student’s life at school. Students return to their houses for lunch, a time for them to catch up with their friends and other members of staff who will rotate between houses during the term. Inter-house competitions are also a highlight in the school calendar for many and slot in between all the inter-school fixtures through the year. 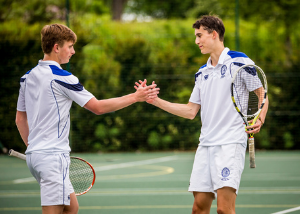 Sport, music, drama and art are all part of the school curriculum prior to GCSE’s, but there are plenty more extracurricular activities on offer during the school week. To name a few; choir practice, orchestras, DofE, CCF, debating, music technology, and art & design. Uppingham’s amazing array of facilities and playing fields make these endless opportunities possible. Whatever it is your child wishes to pursue, and hopefully excel in, Uppingham will do its utmost to support it.