The past 18 months have affected the lives of A-level students in many ways. We surveyed five hundred 16-18 year olds to see if their plans to attend higher education had been affected by the uncertainty caused by the Covid-19 pandemic.

University students have been heavily impacted by the pandemic. After a year of remote learning, students have been told that they will not be going back to in-person teaching until the Autumn term of 2021. Exams, dissertation deadlines, and graduation ceremonies have all had to adapt to restrictions for a second year running. For many students, this latest announcement – which was made on the 18th of May – came after the majority of their teaching term had finished, leaving them in the dark about the government’s plans for higher education until it was too late to make any pertinent adjustments. 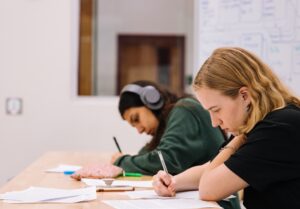 What also remains unclear is how the government plans to financially support all those involved in higher education. Despite unveiling a £1.4 billion package to help school students catch up with lost learning, the Department for Education has told university students in England that there will be no reduction in their fees to compensate for what could be described as a significantly lower standard of education since March 2020. An online petition to reduce tuition fees from £9,250 to £3,000, where they stood a decade ago, has received over 580,000 signatures.

At the same time, universities are facing a sharp drop in the number of international students applying to undergraduate courses in the UK. Apprehension around travel and safety, and the impact of social restrictions on the quality of teaching and experience has led to many students delaying or reconsidering their plans to study in England. Coupled with this, uncertainty surrounding the impact of Brexit on EU students’ rights to remain in the UK after finishing their degree also appears to have acted as a deterrent for European applicants. The British Council has estimated that this will lead to a £463 million overall loss in tuition fees across UK universities and that it could take up to four years for the sector to recover.

These projections factor in the year-on-year increase in the number of students within the UK applying to university. Except for a dip in 2012 following the trebling of tuition fees, the percentage of 17-30 year olds starting their higher education career has steadily risen since 2006, surpassing the 50% mark in 2017.  This year, however, universities have reported that more students are requesting to repeat a year as a result of concerns about their mental health, their academic records, and their futures beyond university in a saturated job market.

To find out how all of these factors have impacted prospective applicants, we spoke to 500 16-18 year olds to see how they have been affected, and if it has changed their decision to attend university. 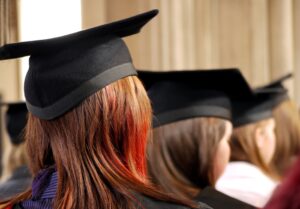 When asked what factors were important in deterring them from attending university, financial concerns resounded across divisions of age, gender and region. 49% of all respondents indicated that the biggest factor affecting their decision to attend university was that they didn’t want to pay for it during such uncertain times.  For both 16 and 17 year olds, this was an important factor for 51% of respondents. Given that this is the cohort that will be applying to university in 2022, 2023, and beyond, these findings indicate that well into the future, universities will need to work on reassuring students that the financial cost will be worthwhile.

Financial accessibility of remote learning has been central to the government’s response to school closures, and this is reflected in the responses from all age groups. 55% of 16 and 18 year olds, and 57% of 17 year olds indicated that access to technology was a top priority while not at school during COVID-19 restrictions. Having a device to work on was more important than the quality of teaching, one-on-one support from an adult, or the structure of a work and revision routine.

Fears surrounding catching COVID-19 on campus was a deciding factor for 38% of all the respondents, most significantly in Northern Ireland (57%) and Scotland (50%).  Responses from 16 year olds indicated that this group was significantly less concerned about catching COVID-19 (30%) than 18 year olds, 44% of whom indicated that this was a deterrent. 16-18 year olds in the UK are still only eligible for the vaccine if they have specific medical issues, making university campuses disproportionately populated by unvaccinated groups who are more susceptible to picking up, transmitting, and suffering from the virus. The level of concern by region also correlates with the fact that Scotland and Northern Ireland have been slower on vaccine distribution than England and Wales.

Differences in responses between male and female students were notable in one key area. A small proportion of male respondents mentioned apprenticeships as an alternative to university – something that was not a factor for any female respondents. The appeal of a practical qualification was contrasted with the uncertainty of job availability following a degree, and to the isolation of remote learning. The implications of the government’s approach to key workers and definitions of essential work, in contrast to the relative negligence that university students feel, has been shown to higher education, are set to have a long-lasting impact on the decisions that young people are making about their future in Britain.