One of the big questions you might ask yourself when starting out is: do I need to go to film school? A prestigious film school like the University of Southern California or New York University can certainly help, both on a resume and with connections, but the catch is that 1) they are very difficult to get into and 2) they are exorbitantly expensive. While there are also many other schools out there, they also cost money, and may not be worth the trouble.

What you really need to do is ask yourself: what do I want to do in the business? If you aren’t sure, you might be better off figuring it out while getting paid to a do a job than wasting both time and money in school. If you know you want to do something that takes specific training, like being a writer, a director, a cinematographer, or an editor, then yes, film school might be worth the sacrifice. But make sure you do your homework: find out what kind of professionals these schools have produced; how much of your time will be spent on theory vs. practical application; figure out how much more money out of your pocket you’re going to need to spend in order to actually make a quality film in school.

Is Film School Worth It?

If you want to become a producer and/or be an executive in the business, it’s an even more complicated question. Yes, knowledge of how to physically make a film will be helpful once you’re finally at the stage where you’re involved in productions, but again, is it worth the time and expense? Do you really need to spend precious hours doing criticisms and comparisons of classic films? Keep in mind that there are programs at certain film schools, like the Peter Stark Producing Program at the University of Southern California the Producers MFA program at The University of California-Los Angeles, and the Producing program at the American Film Institute that are geared toward aspiring producers rather than writers and directors, and these programs tend to be far more practical; they teach you what you need to know so you can do it. Traditional films schools tend not to spend too much time teaching their students about the realities of the business.

Keep in mind though, that even though you might have a degree or a masters in film and/or television, that does not necessarily give you a leg up when looking for your first job. Often you’ll be gunning for the same types of jobs that you would have been applying for if you hadn’t gone to film school; you just might be better prepared to succeed at them. This leads us to our next section:

How to Break Into the Film Business

If you’ve chosen to go the job route, now what? The usual direction people will give you is “get a job at an agency.” An agency is a large corporation with agents who represent writers, directors, and actors among others. They are also usually the only place that will hire someone without any real industry experience. While that’s good advice, it’s easier said than done. A good piece of advice is to follow the adage “it’s a lot easier to find a job when you have a job,” and treat looking for a employment like that is your full-time job. Have a plan that requires more than just looking on job websites. That’s not really the best way to go about finding a job in the entertainment industry; by the time you see that job, 20 people will likely have already interviewed for it. The film business is as much about who you know as what you know, so spend equal time trying to meet as many people as possible. Meet whomever you can, whenever they can make time for you. How does one meet people in the business? There are many sources to mine: university alumni, family friends, very flattering query letters to people you respect, mixers, etc. There’s no such thing as a bad meeting. Have a crazy uncle who knows some low-level Production Assistant whom you have to meet? Do it. You never know who he or she might introduce you to.

How to study the business

The other thing you need to do is study the business. There are countless books providing overviews of the entertainment world. And, it’s just as important to be up to speed as to what’s happening now. After all, those books you read are out-of-date the moment they are printed. Read the Trades. Log into Variety.com, HollywoodReporter.com and DeadlineHollywood.com and brush up on what’s happening. Find a way to help yourself remember who everyone is and what they do. If you can talk the talk in an interview, you will come off like someone who is already in the business, rather than someone who is aspiring to get in. The less your future boss feels they have to train you and educate you, the more likely you’ll be hired.

Finally, read lots of scripts. It is very easy to get your hands on scripts compared to the old days. Many websites, like The Screenplay Database have thousands of PDFs on hand. It’s also very easy to trade scripts with your friends, and ask anyone you meet with to send you a few of their favourites. The reason is: it’s important to have an understanding of what good writing is. If you’ve read 10 scripts, then the best of those will be the best script you’ve ever read. If you’ve read 100 scripts, or 1000 scripts, or even 10,000 scripts, you’re going to have a better understanding of the difference between good and great writing, AND an opinion about which writers you like and why. Just as it’s important to keep track of who’s doing what in the entertainment business, it’s also smart to keep track of what you’ve read and liked. In your job interview, you likely will be asked “what have you read lately?” By being literate in this world, you again already seem like a professional. Now your future boss won’t have to teach you about reading scripts.

Even if you’re looking to be a screenwriter or a director, these pieces of advice can be valuable. You will also get a sense of what kinds of projects are selling and which aren’t; sometimes as a writer or a director, the most important thing is figuring out what not to write. You don’t want to spend a year of your life working on a project that either will never sell because it’s not commercial, or because it’s directly in competition with something that is already getting made.

What is the Secret to Success in the Film Business?

To be clear, there is no tried-and-true path to making it in the film business. The best advice is to keep an open mind. Sometimes the job with the best title and the most money isn’t best for you in the long run. For example, when I was in film school, I was offered two internships. One was paid, which was great for a starving student, but it was at a company far off the radar that wasn’t actually making films, and the other, while unpaid, was at a much more prominent company. I ended up taking the unpaid internship, which turned out to be a wise move. I learned how to cover scripts and do detailed notes on projects, while the relationships I made there led to many jobs and opportunities in the future. The lesson is, always focus on the long run. It’s a marathon, not a sprint. 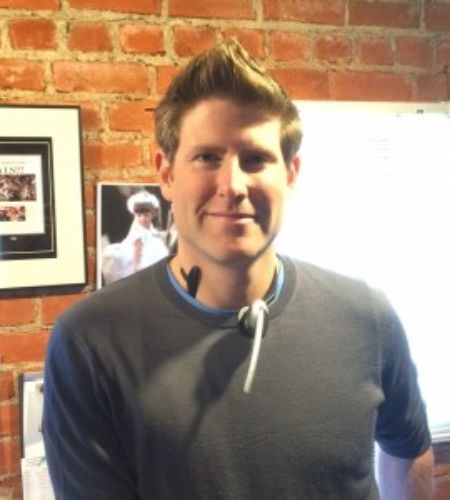 am currently an Executive Vice President at Ineffable Pictures in Los Angeles, and the producer of the upcoming film: The Late Bloomer starring Johnny Simmons, Brittany Snow, J.K. Simmons, Maria Bello, Jane Lynch, Kumail Nanjiani, Beck Bennett, and Paul Wesley. For many years, I was a Vice President of Production at Alcon Entertainment, where I was involved with films such as The Blind Side, The Book of Eli, Lottery Ticket, P.S. I Love You, Something Borrowed, and Dolphin Tale.

I have a Masters in Fine Arts degree in Motion Picture Producing from The Peter Stark Producing Program at the University of Southern California, and a Bachelor’s Degree from Dartmouth College. I also am a former producer for Dateline NBC, the long-running newsmagazine based in New York City.

In my 13-year-career I have seen the inner workings of the entertainment business from many angles: studio, production company, mini-major studio, management company, and start-up. I have worked intensely with writers, directors, producers and executives at all levels. Thus, I am well-positioned to provide guidance in a variety of different ways.

Have a script you’re struggling with? Unsure if it’s a commercial idea or if there’s something out there with which it’s in direct competition? Need someone with producing experience to help guide you through the process? These are all things I do every single day. I have worked with all levels of writer, from novice to professional punch-up artist, and can be an invaluable resource in this regard.

Writing a great script is just the first step. The hard part, especially for someone with no experience in the film or television business, is figuring out what to do next. Who should I send it to? What happens next? How do I make sure nobody steals my material? How do I find representation? Again, I am well-positioned to help here. I can help put a detailed plan of attack into place.

If you aspire to a career in the entertainment business, the first step can be a crucial one. How do I hear about employment opportunities? Should I take the first job offered to me? What kinds of jobs are out there and what would I be doing in each of them? As someone who has experienced the industry from many points of view, I can be an invaluable resource in terms of helping you plan your future.