Everything You Need to Know about the Swedish Education System

The Swedish Education Act states that all children and young people are to have equal access to education, regardless of gender, where they live or social or economic factors, making it the, ‘education of the future’ for many people across the world. In this article, find out everything you need to know about the Swedish Education system and what sets it apart.

Many Swedish families ask us to introduce a private tutor for their child (either in the UK, or overseas) and also trust us to give advice on school and university applications. If you wish to discuss the different options for your child’s education, please contact one of our education consultants.

An Overview of the Swedish School System

Preschool (förskola) is open to children from 1 to 5 years of age. Eight out of ten children at this age spend part of their weekdays there. The Swedish tradition of preschool emphasises the importance of play in a child’s development and learning. The interests and needs of children are also key components of their education in the preschool curriculum. Gender-aware education is increasingly common in Swedish preschools. The aim is for children to have the same opportunities in life, regardless of gender.

All children are offered a place in kindergarten (förskoleklass) starting in the Autumn term of the year they turn 6 until they start compulsory schooling. Kindergarten is designed to stimulate each child’s development and learning, and provide a platform for their future schooling.

This comprises of Elementary school (lågstadiet) for years 1–3 is followed by middle school (mellanstadiet) for years 4–6 and then junior high school (högstadiet) for years 7–9. These schools are either municipally run or publicly funded schools ‘free schools’ or there are boarding schools known as ‘private schools’, which are funded by privately paid tuition.

There is a concerted effort to streamline education, as all students at primary school level take the same limited subject groups. Critics claim it has lowered results significantly among talented students without raising them within other groups. A community where a private school offers its services must support it with the same amount of money, or vouchers, per student that it provides to public schools. The amount of financing per student is the same, and schools that receive vouchers cannot charge additional fees.

Interestingly, Sweden have a school choice arrangements where you are able to choose any other state school or a private school at no cost to yourself. If your child doesn’t like their school, it can easily be changed. Reports from the Swedish National Agency for Education have warned that it is mostly better-educated, middle-class parents who take advantage of the right to choose schools. Children from middle-class backgrounds tend to congregate in the same few, highly popular, schools.

The number of independent schools in Sweden is growing, and today school choice is seen as a right. The Swedish government supports the establishment of independent schools, which must be approved by the Schools Inspectorate and follow the national curricula and syllabuses. In 2010, roughly 10% of school operations were carried out by private players. 12% of compulsory school students and 24% of senior high school students attend independent schools. There are also a few international schools whose curricula follow those of other countries. These schools are partly funded by the Swedish government and are mainly aimed at the children of foreign nationals who are in Sweden for a limited time. The independent school system in Sweden, in which education is free and students have general access to schools with the freedom to choose among a variety of providers, has attracted interest from around the world. In Sweden, some people think it is wrong to run schools for profit, and highlight examples of poor conditions and inconsistencies as a consequence of the system. Advocates of independent schools note the many positive results found in statistical surveys. One is that parents with children who attend independent schools are more satisfied than those with children in municipal schools.

These schools are deliberately different from the state school model. Kunskapsskolan’s ethos is perhaps surprising to British visitors who expect independent schools to be more traditional than their state equivalent. The Kunskapsskolan at Kista is the opposite: no uniform, very informal discipline and teaching, an open-plan layout, and an emphasis on individualised learning rather than formal classes. The students negotiate their own timetable each week and can do as few, or as many, formal classes as they wish. There is a heavy emphasis on internet-based learning and there are remarkably few books.

How does the Swedish school system rank internationally?

It’s in the top 10 for reading in international rankings and has one of the most egalitarian education systems with pupils’ chances of succeeding in school being more equal in Sweden than elsewhere. Yet, it still trails behind its Nordic neighbour, Finland, which is rated the best education system in the world.

How do Swedish schools compare with the English system?

Children start school at 6 or 7, compared with 4 or 5 in the UK. English school children sit externally marked tests throughout their schooling, whereas Swedish pupils are assessed by their own teachers. Languages are compulsory for all Swedish school children, but only for 11 to 14 year olds in England. In Sweden, there are very few fee-charging schools, though 10% are “free”, state funded but run independently. These schools are allowed to make a profit if they prove they are providing a good level of education.

Why do Swedish children do so well? 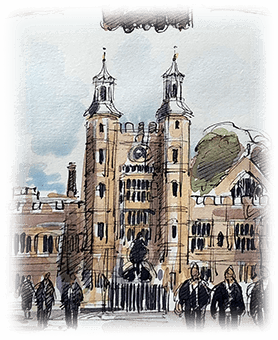 If you need any help selecting the best school for your child, please contact one of our education consultants for expert advice today.